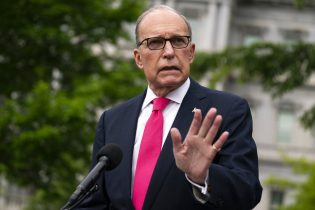 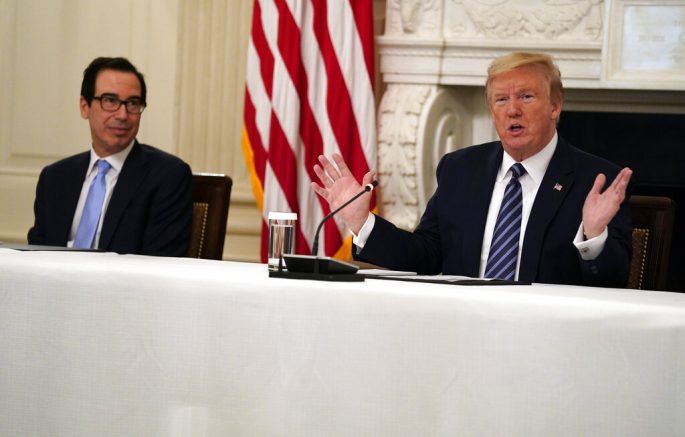 President Donald Trump speaks during a meeting with Republican lawmakers, in the State Dining Room of the White House, Friday, May 8, 2020, in Washington. Treasury Secretary Steven Mnuchin listens at left. (AP Photo/Evan Vucci)

The Trump administration has announced they prefer to wait and see before deciding to put out more coronavirus relief. On Sunday, Treasury Secretary Steven Mnuchin confirmed the White House may wait as long as a few weeks before even considering another relief bill.

According to Mnuchin, it could take that long for all of the money, which has been already pushed through, to actually go into effect.

His remarks came after multiple White House officials stated last week they are in no rush to build on the already mounting cost of the assistance program so far. However, this hasn’t stopped lawmakers on Capitol Hill from moving forward with discussions regarding a fifth relief package.

House Democrats have been working to put together their proposed legislation for a potential vote as soon as this week, while GOP leaders are pushing back. Congressional Democrats are looking to include monthly stimulus checks of $2,000 in the next relief package.

Administration officials have said they are willing to spend whatever it takes to help the American people, so long as it is done so carefully. 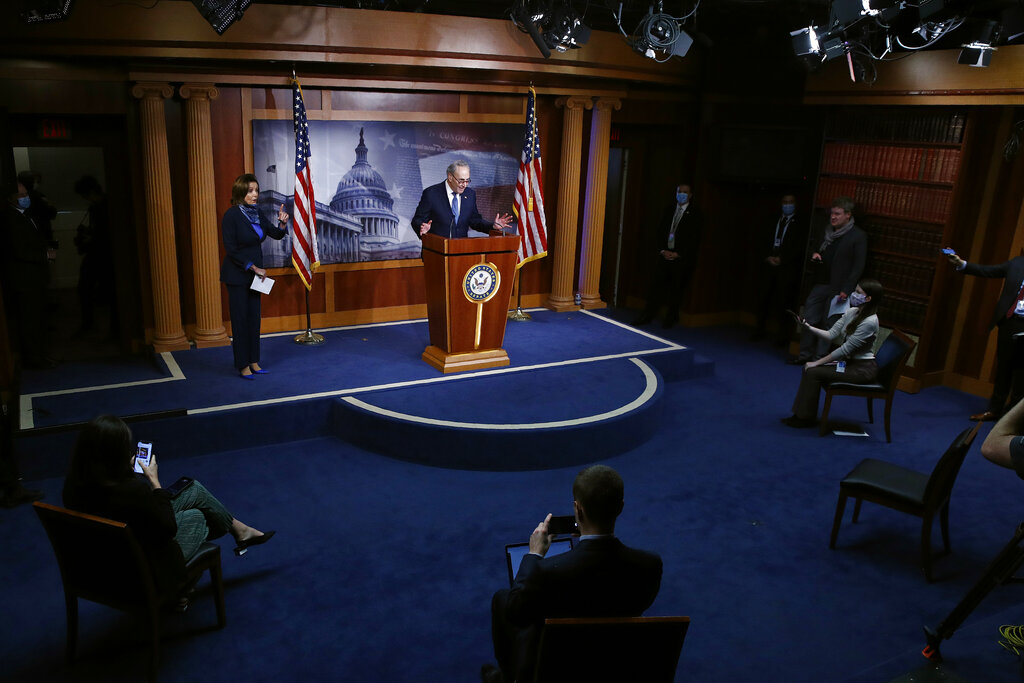 “Things like the Payroll Protection Program, the unemployment insurance, the economic impact checks and other things has had some cushioning effect,” he said.

Several White House leaders have expressed optimism about the economy moving forward, despite the current record-breaking unemployment rate. Kudlow stated he believes the current rate of layoffs is temporary and will likely improve once COVID-19 is under control.

In fact, President Trump has predicted next year will be much better for the U.S. economy.

“I’m viewing the third quarter as being a very important quarter because, as I said, that’ll be a transition,” stated the president. “I think you could almost say a transition into greatness, because I think next year we’re going to have a phenomenal year economically.” 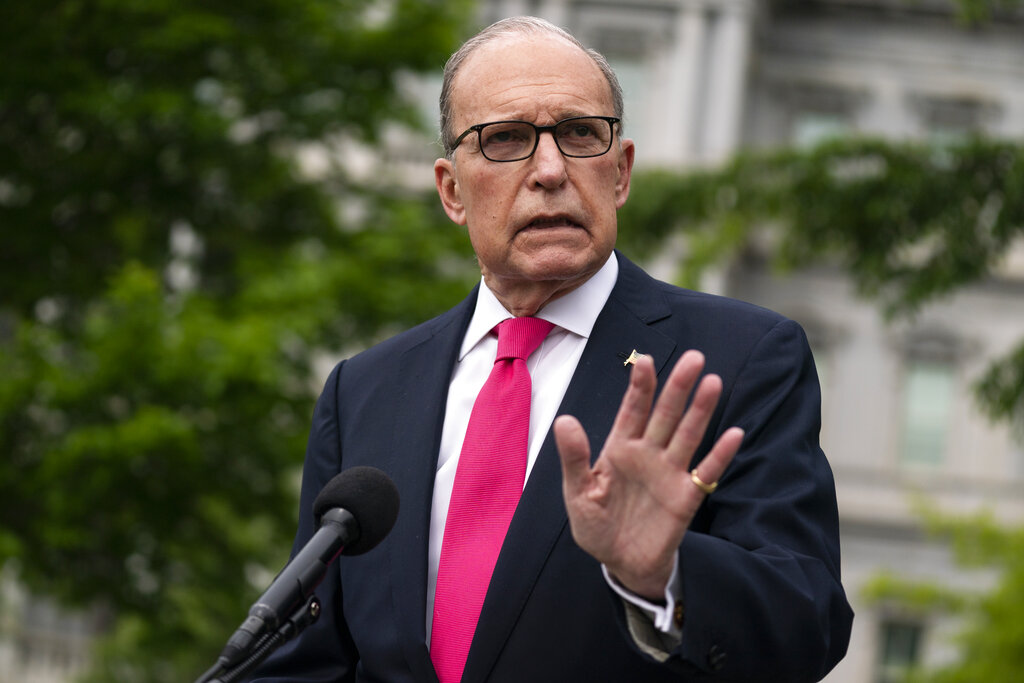 White House chief economic adviser Larry Kudlow speaks to reporters about the unemployment numbers caused by the coronavirus, at the White House, Friday, May 8, 2020, in Washington. (AP Photo/Evan Vucci)

The timeline of the next relief legislation is still in question as the House holds off on meeting in the capitol to mitigate the spread of the virus. Kudlow added there are no formal negotiations between the White House and congressional Democrats yet.

However, he and Economic Adviser Kevin Hassett spoke with several House lawmakers last week and are planning to speak with senators on Monday regarding the potential new legislation.

“We’re collecting ideas for next steps, which will undoubtedly be data driven. I do think there are issues here. There are probably going to be some agreements and disagreements, each side has its own positions. It’s not that we’re not talking, we are, it’s just informal at this stage. After all this assistance, let’s have a look at what the impact is in at least the next couple weeks for the economy.”