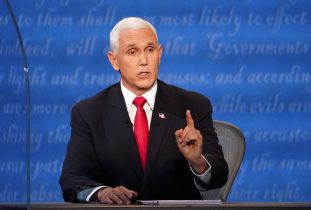 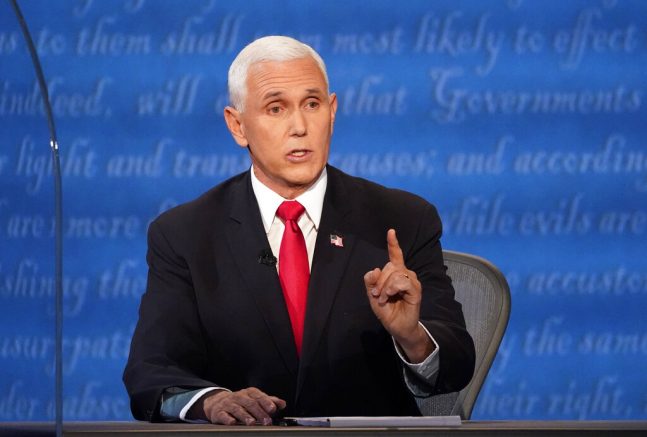 Vice President Mike Pence took aim at China during Wednesday night’s vice presidential debate. He defended President Trump’s “tough on China” approach and said the Trump administration plans to “hold China accountable for what they did to America.”

Pence doubled down on moderator Susan Page of USA Today by noting the President’s remarks placing blame on China for letting the coronavirus get out of hand. He then accused Democrat presidential nominee Joe Biden of being a cheerleader for the communist country.

“China is to blame for the coronavirus and President Trump is not happy about it, he’s made that very clear,” stated the vice president. “China and the World Health Organization did not play straight with the American people, they did not let our personnel into China to get information on the coronavirus until the middle of February.”

Pence praised President Trump’s decision to suspend travel from China in January, which is a move Biden vehemently opposed at the time for saving American lives.

Vice President @Mike_Pence on the coronavirus: "From the very first day President @realDonaldTrump has put the health of the American People first," Joe Biden opposed the China travel ban calling it 'xenophobic' and 'hysterical'#VPDebate pic.twitter.com/bWDzI8v35a

“Fortunately, President Trump, in dealing with China from the outset of this administration…standing up to China that had been taking advantage of America for decades, in the wake of Joe Biden’s cheer leading for China,” he continued to explain.