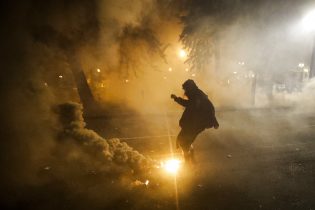 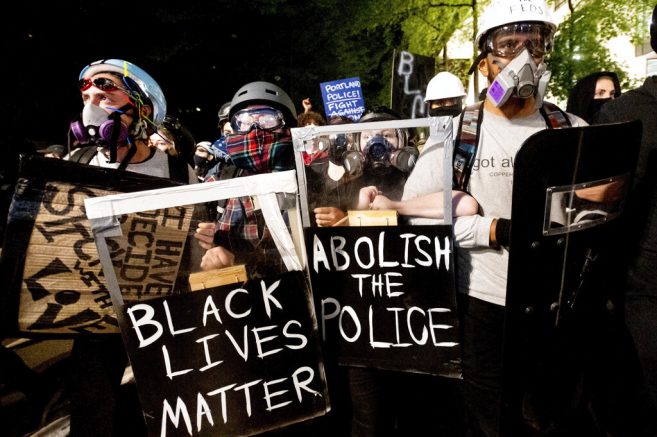 Chaos and destruction continued this week in Portland, Oregon. The latest round of riots, which took place Thursday night, resulted in the arrest of 12 people, serious injury of one police officer and the harassment of three senior citizens.

According to police, it all went down after protesters targeted the East Precinct.

Members of the group were wearing helmets and carrying shields. Using spray paint, they tried to cover the precinct’s surveillance cameras, while others tried to knock them down.

Two elderly community members reportedly attempted to stop the group, but were hit with paint.

Shortly thereafter, city officials formally declared the gathering an unlawful assembly and asked all demonstrators to move away from the precinct.

However, protesters resisted. They set fire to a trash can outside the building, using blue heart shaped thank you notes to Portland Police as fuel.

A small fire has been set in this metal drum, & paint has been thrown on the wooden reinforcements of the East Precinct building entrance. #PortlandProtest #pdxprotest #BlackLivesMatter pic.twitter.com/KxPYhbQXOU 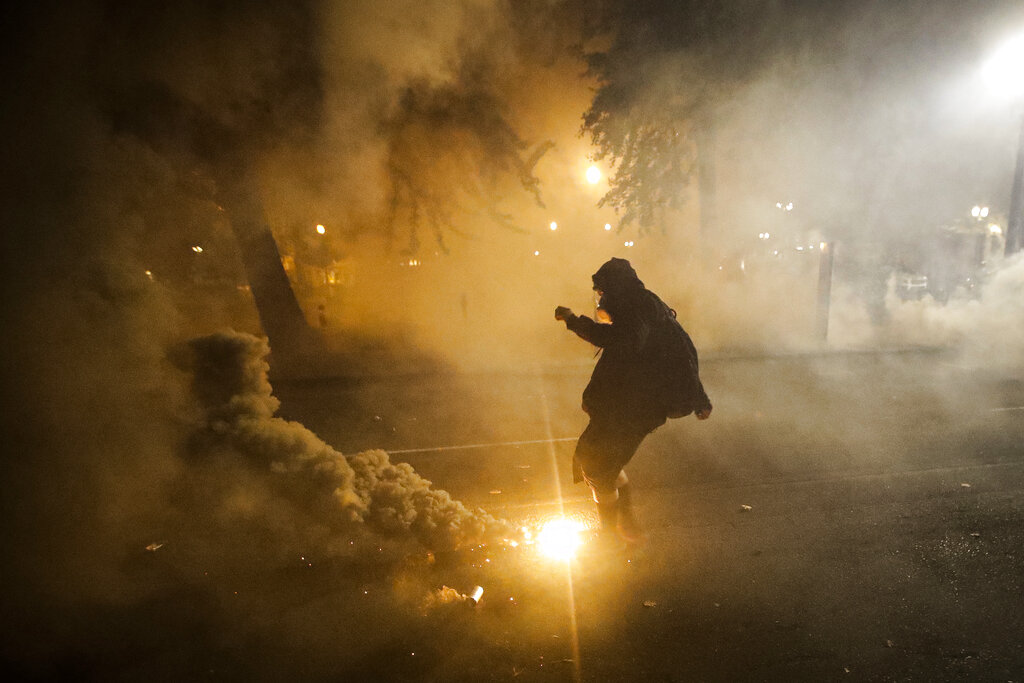 A third senior citizen then attempted to step in and put a stop to the destruction.

City police were deployed to break up the scene, where they were hit with glass bottles and rocks. One of these projectiles left an unidentified officer seriously injured.

Mayor Ted Wheeler recently condemned the violence, which has notably continued despite the DHS taking a back seat to the Oregon state police.