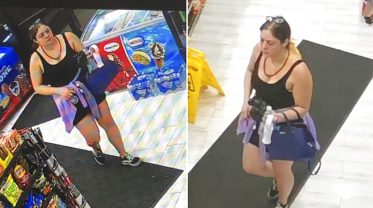 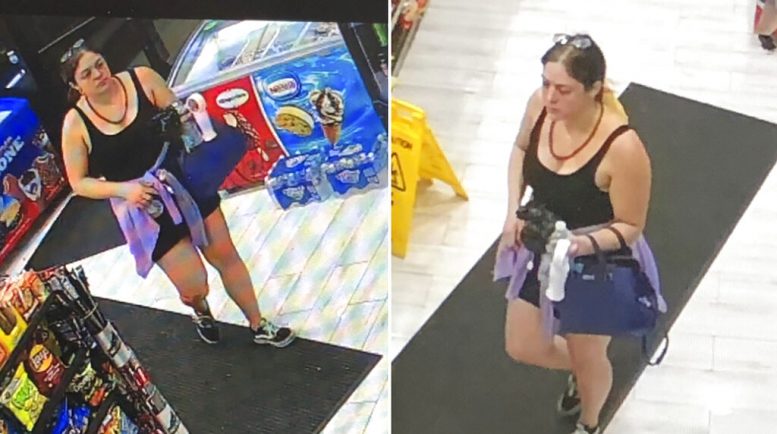 This image from surveillance video tweeted by Atlanta Fire Rescue shows Natalie White. White has been identified as a suspect in the arson fire on Saturday, June 13, 2020, that burned down the Wendy’s restaurant, 125 University Ave., in Atlanta, where Rayshard Brooks was shot and killed by a police officer. (Courtesy of Atlanta Fire Rescue via AP)

The suspect responsible for allegedly burning down a Wendy’s is said to be the girlfriend of Rayshard Brooks.

On Tuesday, 29-year-old Natalie White turned herself in and is facing charges of first degree arson after a warrant was put out for her arrest. After her arrest, White was taken in for processing at a local county jail.

In the released body-cam footage, Brooks is heard telling officers his girlfriend — Natalie White — is the one who dropped him off at the Wendy’s where he was fatally shot.

Our GCSO Fugitive Unit's hard work paid off today when they located Natalie White today and notified US Marshals/Fulton Co Sheriff Fugitive Unit, who made the arrest. Great team effort! We appreciate @ATLFireRescue's great investigation, which led to the ID of this suspect. pic.twitter.com/i9Y1HNzhlo

It was later confirmed by White’s lawyer that she is the person talked about in the video. However, she has claimed the two were close friends and not romantically involved.

RELATED: Atlanta’s interim police chief says fatal shooting of Rayshard Brooks has nothing to do with race