PRINCE William and Prince Harry put any sibling bitterness to one side to unite in support of the Queen at the funeral of their grandfather, the Duke of Edinburgh.

The brothers, whose fraught relationship has been characterised by internal rowing, could be seen chatting together after the service concluded.

William paused briefly to walk in step with his wife, the Duchess of Cambridge, and his younger brother, as the mourners made their way out of St George’s Chapel in the spring sunshine.

Though still wearing his face mask, Harry appeared to smile briefly in the direction of Kate, his sister-in-law, as the three strolled together, away from the rest of the family. 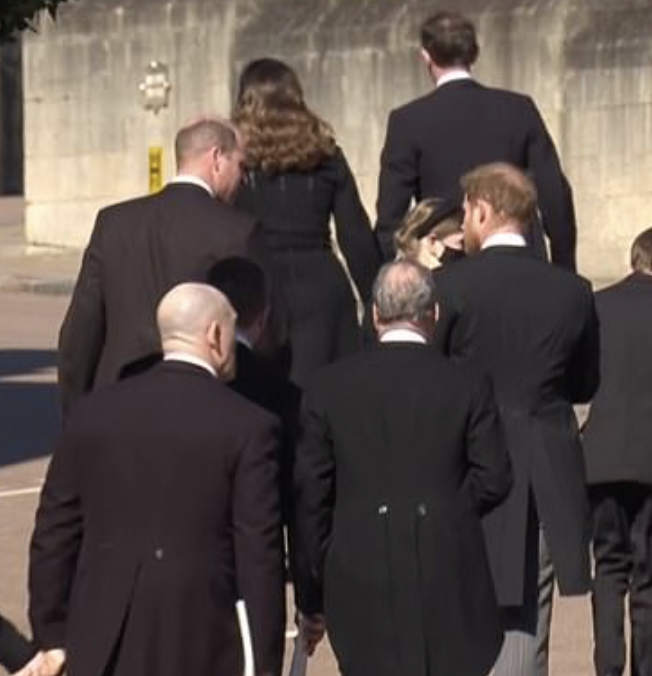 Though the content of their conversation could not be heard, such civility is likely be welcomed by many as a tacit thawing of the brothers’ frosty relationship.

Moments later the brothers walked together, alone, with Kate in conversation with Zara Tindall, William and Harry’s cousin.

Earlier, William and Harry walked in the procession to the chapel for Saturday’s funeral service. 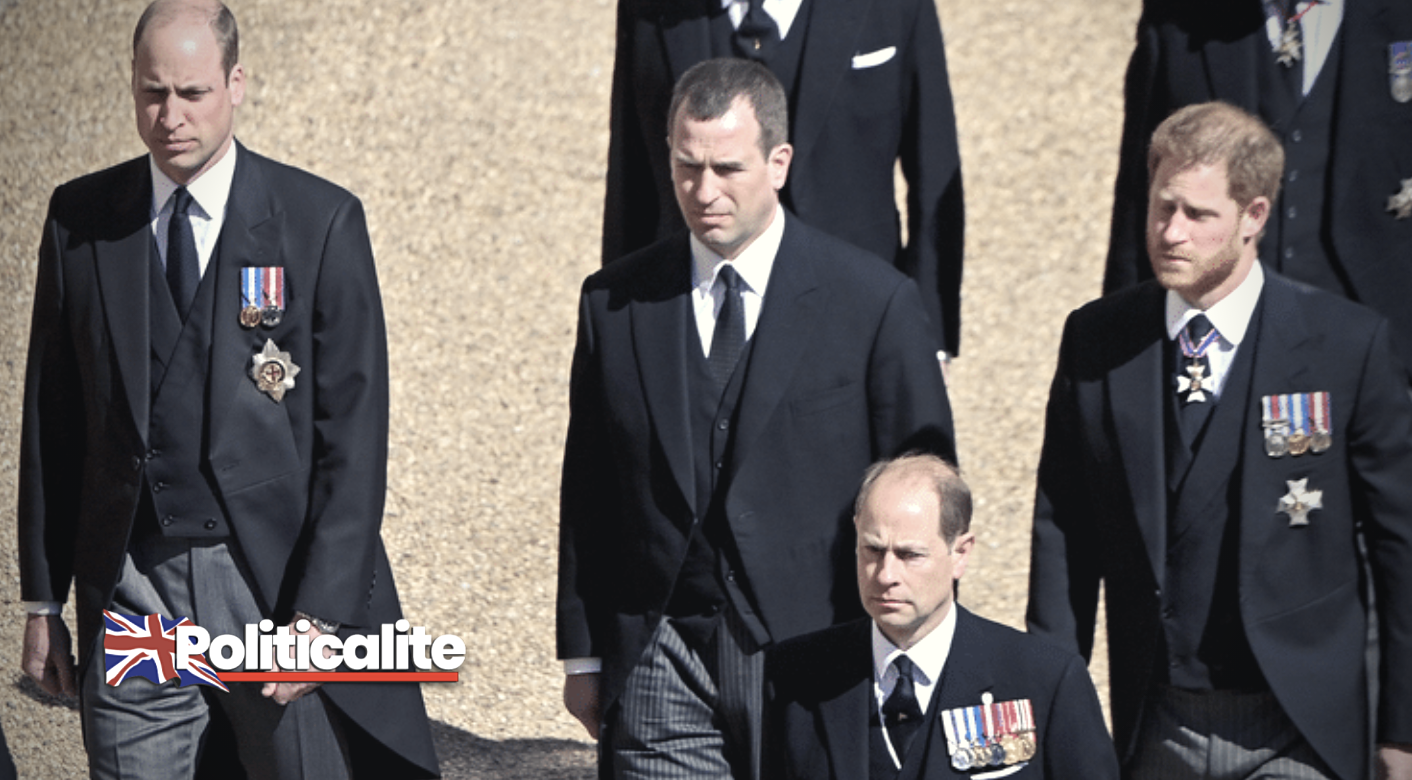 The brothers walked in solemn silence on either side of their cousin Peter Phillips, who at one point fell back slightly, allowing the two to be next to each other.

Neither appeared to speak to the other at this point.

They sat opposite each other in the chapel, William next to Kate, with Harry on his own.

Meghan, the Duchess of Sussex, remained in the United States, having been advised not to fly while pregnant with their second child.

The brothers left the church separately at the end of the service, with Harry’s row filing out ahead of the Cambridges’, before they walked together outside the church moments later.

It was the first time the brothers had been seen in public together since Harry stood down from royal duties.

When in 2019 he was questioned about an alleged rift with William, he said he loved his brother dearly but they were “on different paths” and have “good days” and “bad days”.

The backdrop to the rift was later disclosed in Harry and Meghan’s explosive interview with Oprah Winfrey, which was broadcast last month, when they claimed the duchess had received no support from the monarchy in her mental health struggles.

The couple accused an unnamed royal, not the Queen nor the Duke of Edinburgh, of raising concerns about how dark their son Archie’s skin tone would be before he was born.

Harry also spoke of a breakdown in his relationship with his father the Prince of Wales.