HM QUEEN emerged from Windsor Castle to lead the royal family in mourning at the funeral of her beloved husband, the Duke of Edinburgh.

Dressed in a face mask and in sombre black, it was the first time the monarch, grieving for her devoted companion of 73 years, has been officially seen in public since Philip died eight days ago.

Accompanied by her loyal lady-in-waiting Lady Susan Hussey, the Queen made her way from the Sovereign’s Entrance in the State Bentley, as the national anthem was played, to join part of the solemn funeral procession. 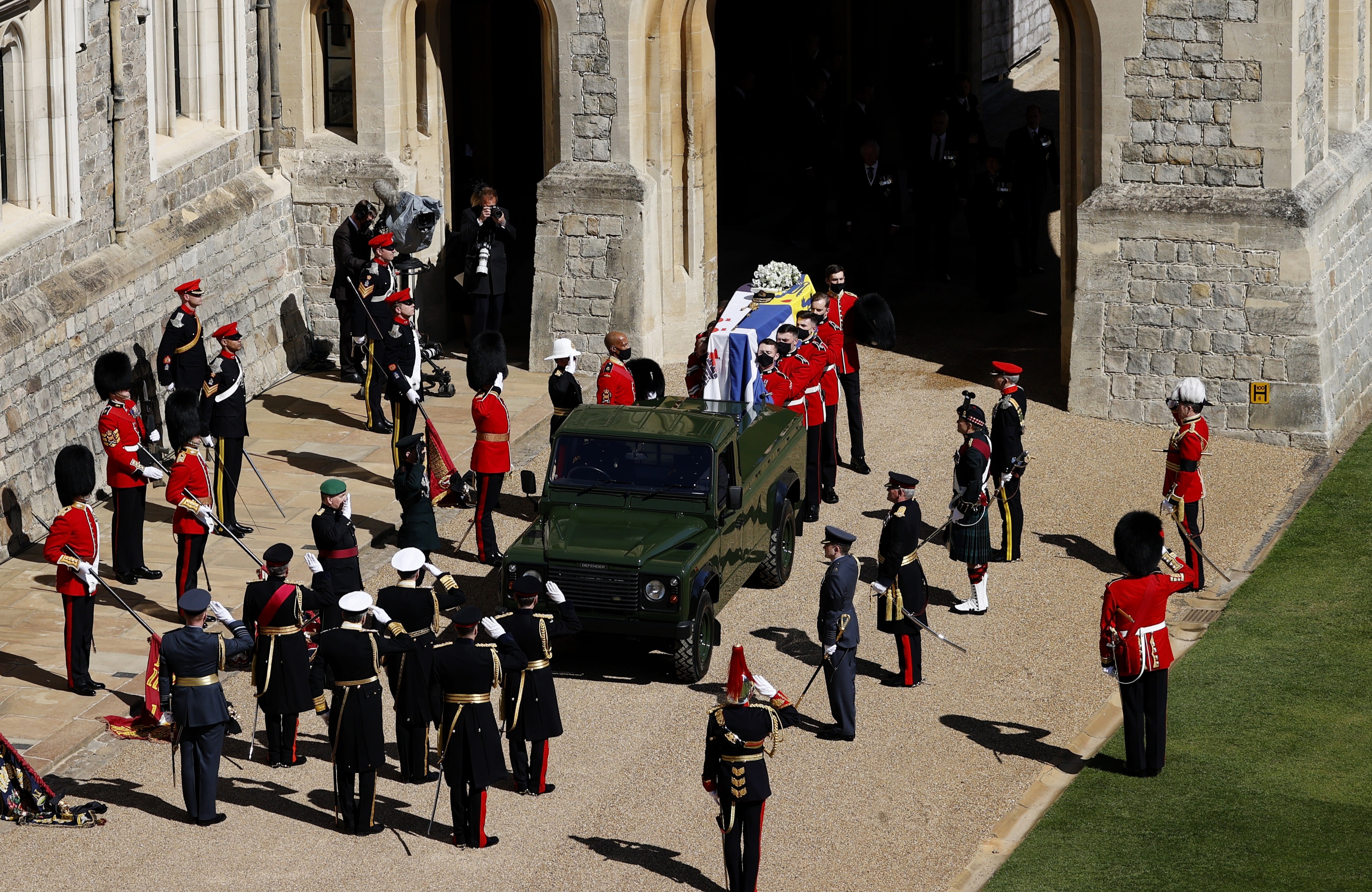 Philip’s coffin, draped in his striking 12ft personal standard and decorated with a wreath of flowers specially chosen by the monarch, and his Admiral of the Fleet Naval Cap and sword, was ready and waiting.

It had been lifted into place by Grenadier Guardsmen onto the rear of the dark bronze green Land Rover Defender hearse the duke designed himself.

Walking behind the coffin, in morning suits and day dresses but not uniform, were Philip’s eldest children the Prince of Wales and Princess Royal, followed by their siblings the Earl of Wessex and Duke of York. 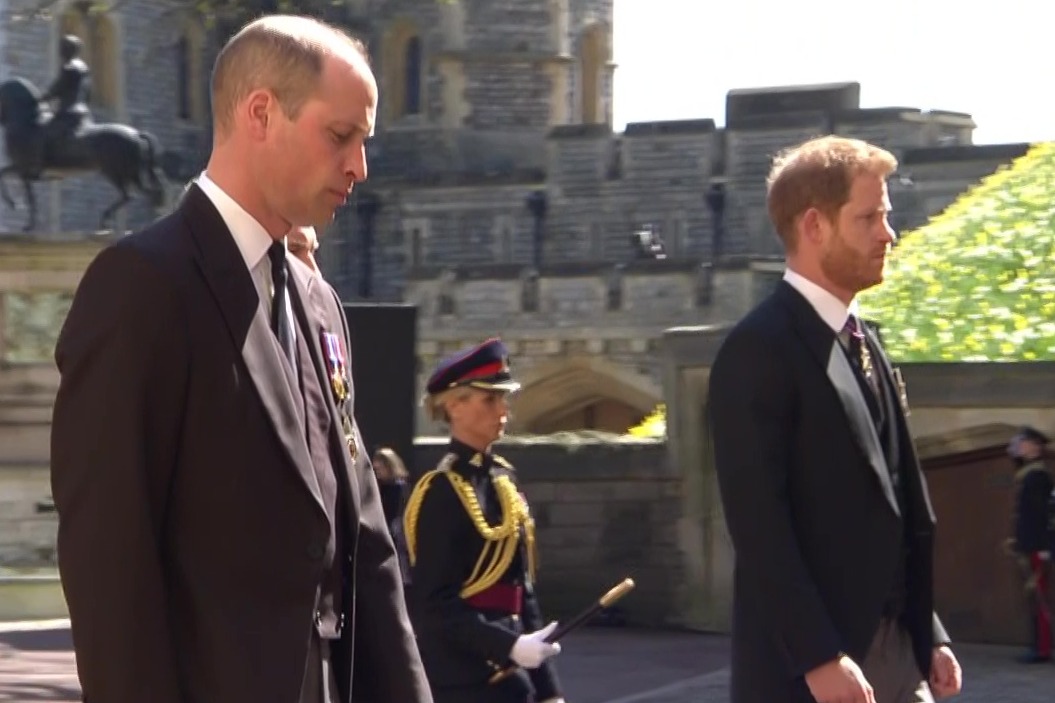 In the third row was the Duke of Sussex and Duke of Cambridge but between the two royal brothers – their troubled relationship well documented – was their cousin Peter Phillips.

At the Galilee Porch to watch the coffin process through the grounds to the west steps of St George’s Chapel were other members of the royal family, clad in face masks, including the Duchess of Cornwall, the Duchess of Cambridge, the Countess of Wessex, Princess Beatrice and Eugenie and their cousin Zara Tindall.

Covid-19 regulations have reduced the scope of the service with public elements cancelled, mourners reduced from around 800 to just 30, and all guests wearing face masks and sitting apart.

The 50-minute service follows precise instructions left by Philip, who died peacefully eight days ago at the age of 99.

Naval hymns and the Action Stations warship battle cry by buglers will sound out around the 15th century church.

In the grounds of Windsor Castle, stand more than 700 members of the armed forces, honouring the duke’s long association with the military and his distinguished service in the Navy during the Second World War.

A national minute’s silence will be held at 3pm in honour of the nation’s longest serving consort, who devoted decades of his life to royal service.

Philip’s death left the monarchy grieving in private, but they made public appearances to recognise the support and condolences they received throughout the week from the nation.