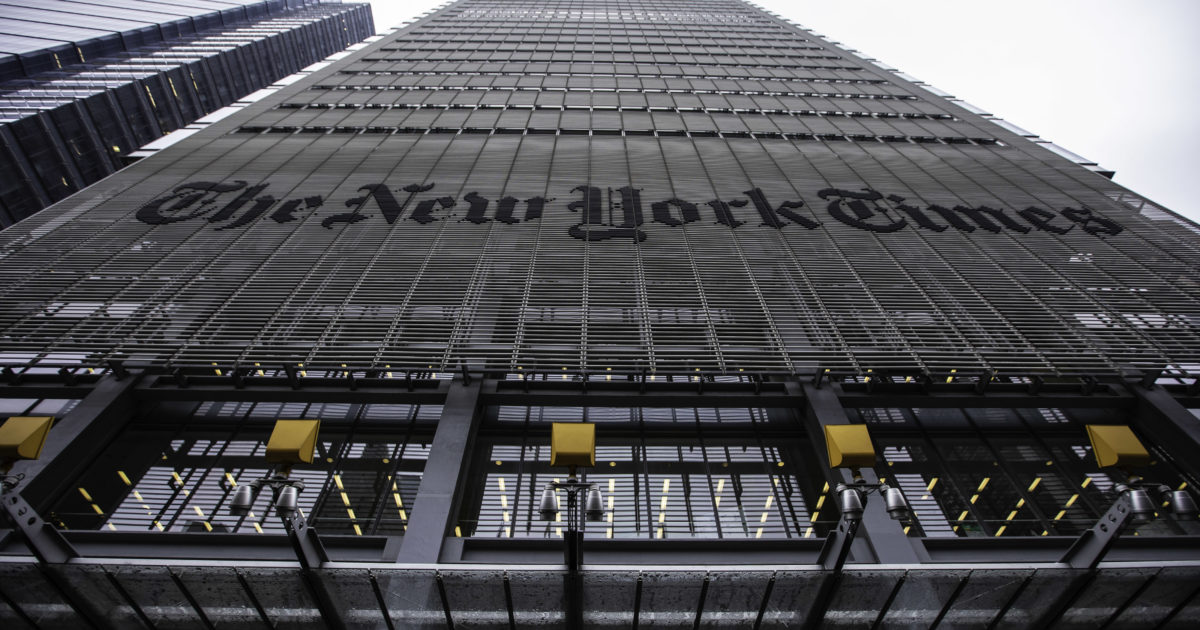 The biggest news story from last week has nothing to do with spiking coronavirus rates or U.S. sanctions on communist China in the wake of its crackdown on Hong Kong protesters. The blockbuster news, according to some conservative publications and my social media feed, is that a center-right columnist at the left-leaning New York Times tendered her resignation.

My immediate, embarrassing thought after reading about Bari Weiss’ travails at “The Gray Lady” is that her widely circulated departure letter was the first thing I’ve ever read from her. She complained about “constant bullying by colleagues who disagree with my views,” which is troubling. I’m usually against washing dirty laundry in public, but her missive raised relevant points about media bias.

I’ve written opinion pieces for the Times without pushback, but have experienced enough (mostly funny) incidents as a libertarian journalist to understand her point. After the announcement, Fox News—an outlet that runs opinions ranging from those who adore President Trump to those who merely like him—ran a blistering column about journalism’s “woke mob.”

It makes sense that Tom Cotton penned the op-ed. The Times last month published his column calling for the feds to “send in the troops” to quell riots, which caused such a fracas within the newspaper that the editorial-page editor resigned. Cotton’s argument was distasteful, but I would certainly have printed it given the significance of a Republican senator calling for something so draconian. The Weiss letter reinforced the point about bias.

In my years in journalism, I’ve never seen so many conservatives who are this upset about the media. The nation’s great newspapers, John Steele Gordon wrote recently in The Wall Street Journal, “have moved away from even the pretense of political neutrality.” He championed the New York Herald, which in 1835 began a tradition of balanced reporting.

That’s long before our time, but I got my start in journalism in the post-Watergate era. Before then, newspapering was highly competitive as newspapers (especially in New York City), vied for readers with outrageous headlines. We can still find tabloid examples. My favorite headline from the New York Post: “Headless Body in Topless Bar.”

The names of many newspapers—the Republican, Democrat and Independent—announced their biases on the masthead. The term, “yellow journalism” (referring to sensationalistic news coverage), dates to the late 1800s (and comes from a cartoon character dressed in yellow). After Woodward and Bernstein’s investigation, reporters claimed to present a balanced view of an issue after sorting through the facts and talking to both sides.

Such professionalism replaced the days of cigar-chomping editors looking for salacious stories. Now, critics argue, news reporting has reverted to its more partisan past. Before you get teary-eyed about those good, old supposedly “neutral” days, think back to what they really were like— especially if you hold views that are outside the narrow mainstream. Gordon’s use of the word “pretense” offers a clue.

In my Midwestern city, we had the choice of one daily newspaper. We could watch the ABC, NBC or CBS evening news programs. There was no Fox News. Talk radio was in its infancy. There was no Internet, but I used CompuServe—a basic precursor to the online services we now take for granted—on my Radio Shack computer. If you wanted to disseminate your views, you could write a letter to the editor or mimeograph a newsletter.

My frustration with bias actually propelled me into the newspaper business. I wanted to—and we can all laugh aloud at this one—make a difference. Sure, the news stories in the Daily Miracle had the patina of objectivity, as did the stories that flowed from the lips of the TV talking heads. But the most pernicious bias comes from the presuppositions that underlie any story—and from the story ideas that never get past the gatekeepers.

One could argue that modern reporting—at least in national prestige publications such as The New York Times and The Washington Post—has become less neutral. So what? Newspapers no longer are the dominant forces they had been. These days, if you don’t like what newspapers offer, you can choose from hundreds of other sources—or go online and read the source documents for yourself.

The key is not expecting balance—or a pretense of balance—in every news story, but getting a balanced view from reading a variety of articles and publications. The problem now is there’s so much information available that no one trusts any of it. Frankly, many people’s definition of fair reporting amounts to “stories that agree with my views.”

I’m not unsympathetic to Weiss’ argument, but it’s not a big story. It probably won’t be long before you’ll find her columns published elsewhere. If you don’t like The New York Times, don’t read it. Unlike in the not-so-distant past, you now have endless options.

This column was first published in the Orange County Register.