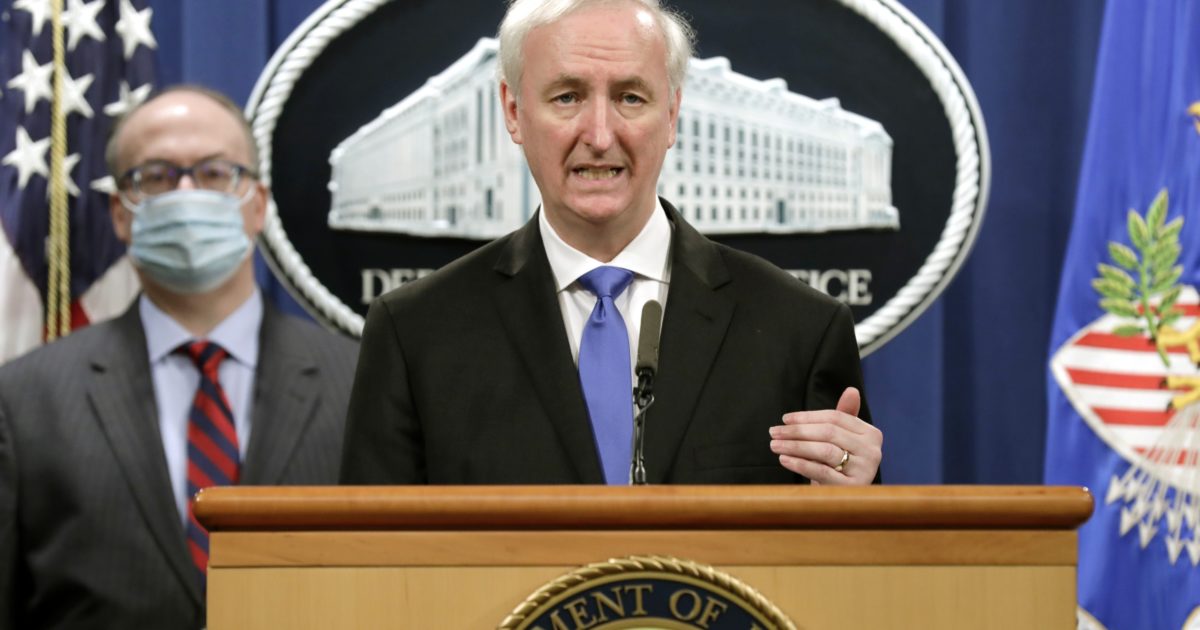 The U.S. Department of Justice today announced an $8.3 billion settlement with OxyContin manufacturer Purdue Pharma, which admitted to lax anti-diversion practices that allowed doctors and pharmacies to distribute its timed-release version of oxycodone far in excess of what was medically appropriate. The misconduct alleged by the government, some of which the company acknowledged in a criminal plea and some of which figured in a lawsuit that has now been settled, includes promoting wider use of OxyContin even when executives knew the legitimate market was saturated, encouraging prescriptions by paying kickbacks to physicians, and disregarding obvious red flags indicating that some distributors, pharmacists, and doctors were doling out pills without regard to medical need.

All of that seems to be true. Yet the commonly accepted idea that Purdue started the “opioid crisis” by introducing OxyContin in 1996 is highly dubious. So is the notion that dissolving the company and forcing it to pay billions of dollars in fines, forfeiture, and a civil settlement will do anything to address the ongoing rise in opioid-related deaths.

In its report on the settlement, The Hill says “OxyContin is widely blamed for starting the country’s opioid crisis,” which has “killed more than 400,000 Americans over the past two decades.” But is OxyContin rightly blamed for that?

Estimates from the National Household Survey on Drug Abuse (now the National Survey on Drug Use and Health) indicate that nonmedical use of prescription pain relievers rose for 11 consecutive years before OxyContin was introduced, then continued to rise. While Purdue portrayed its product, which was designed to release oxycodone gradually, as abuse-resistant, nonmedical users quickly discovered that the original version could be crushed, then snorted or injected. But as appealing as that may have been to some people, OxyContin never accounted for a very large share of the prescription analgesic market.

Defending itself against numerous lawsuits, Purdue presented DEA data indicating that OxyContin accounted for just 3.3 percent of pain pills sold in the United States from 2006 through 2012. After adjusting for potency, ProPublica calculated that the product’s “real” share of the market was more like 16 percent.

ProPublica’s approach is questionable, assuming the concern is how many opportunities nonmedical users have to get their hands on prescription opioids. But either way, the vast majority of pain reliever prescriptions involve products other than OxyContin, most commonly hydrocodone pills such as Vicodin and oxycodone pills such as Percocet. Those latter two types of products also figure prominently in the pain relievers consumed by nonmedical users, accounting for 75 percent of the total in 2018, according to the federal government’s survey data. OxyContin, by comparison, accounted for 11 percent of nonmedical use that year.

Contrary to the conventional depiction of bona fide patients who accidentally become addicted to opioids they take for pain, nonmedical OxyContin users typically do not get the drug that way. According to a 2007 American Journal of Psychiatry study of OxyContin users admitted to drug treatment programs, 78 percent “reported that the drug had not been prescribed to them for any medical reason.”

The government, of course, argues that Purdue is responsible for selling more OxyContin than was necessary for legitimate pain treatment, regardless of how nonmedical users obtained it. But blaming the company for OxyContin abuse overlooks the crucial role of the people who choose to consume it for nonmedical purposes, who tend to have histories of substance abuse before they try OxyContin.

In the American Journal of Psychiatry study, nearly four-fifths of the OxyContin users “reported receiving prior treatment for a substance use disorder.” A 2012 study of Utah deaths involving prescription opioids, reported in the Journal of General Internal Medicine, likewise found that 61 percent of the decedents had used illegal drugs and 80 percent had been hospitalized for substance abuse, including abuse of alcohol and illegal drugs as well as prescription medications.

While OxyContin’s contribution to opioid abuse is routinely exaggerated, the government’s assumption that reducing the availability of this particular drug will reduce opioid-related deaths is demonstrably wrong. Deputy Attorney General Jeffrey Rosen declared that the Purdue settlement “re-affirms that the Department of Justice will not relent in its multi-pronged efforts to combat the opioids crisis.” Gary Cantrell, deputy inspector general for investigations at the Department of Health and Human Services, vowed that “we will continue to combat the opioid crisis.”

How has that been going so far?

In 2011, the Food and Drug Administration approved a new version of OxyContin that was designed to discourage nonmedical use. When the reformulated OxyContin is crushed and mixed with water, it forms a gel. The old version of OxyContin was withdrawn from the market when the new one was introduced, a switch that coincided with a post-2010 spike in heroin-related deaths.

In a 2017 paper published by the National Bureau of Economic Research, Wharton School health economist Abby Alpert and two RAND Corporation researchers investigated whether those developments were related by comparing states with different pre-2010 rates of nonmedical OxyContin use. “We estimate large differential increases in heroin deaths immediately after reformulation in states with the highest initial rates of OxyContin misuse,” Alpert and her colleagues wrote. “Our results imply that a substantial share of the dramatic increase in heroin deaths since 2010″—perhaps as much as 80 percent—”can be attributed to the reformulation of OxyContin.” They concluded that the increase in heroin-related fatalities offset any decrease in OxyContin-related fatalities, “leading to no net reduction in overall overdose deaths.”

More generally, as the government succeeded in curtailing opioid prescriptions in recent years, the upward trend in opioid-related deaths not only continued but accelerated. That should not have been surprising, since the crackdown on pain pills pushed nonmedical users toward black-market substitutes that are far more dangerous because their potency is highly variable and unpredictable.

Illegally produced drugs now account for the vast majority of opioid-related deaths. In 2018, according to the National Center for Health Statistics, the category of drugs that includes fentanyl and its analogs was involved in more than two-thirds of those deaths, while heroin was detected a third of the time. Prescription opioids like hydrocodone and oxycodone turned up in 27 percent of the cases, and many of those deaths also involved fentanyl or heroin. After a slight decline in 2018, opioid-related deaths seem to be on the rise again.

In this context, Purdue’s punishment, however unethical and dishonest its business practices, cannot reasonably be expected to have any noticeable impact. The problem, as always, is not that psychoactive substances are available from one source or another but that some people use them in ways that disrupt their lives, hurt the people close to them, and sometimes kill them. That problem, which is rooted in misery, despair, and social isolation, cannot be solved by making an example of one pharmaceutical company—or dozens.