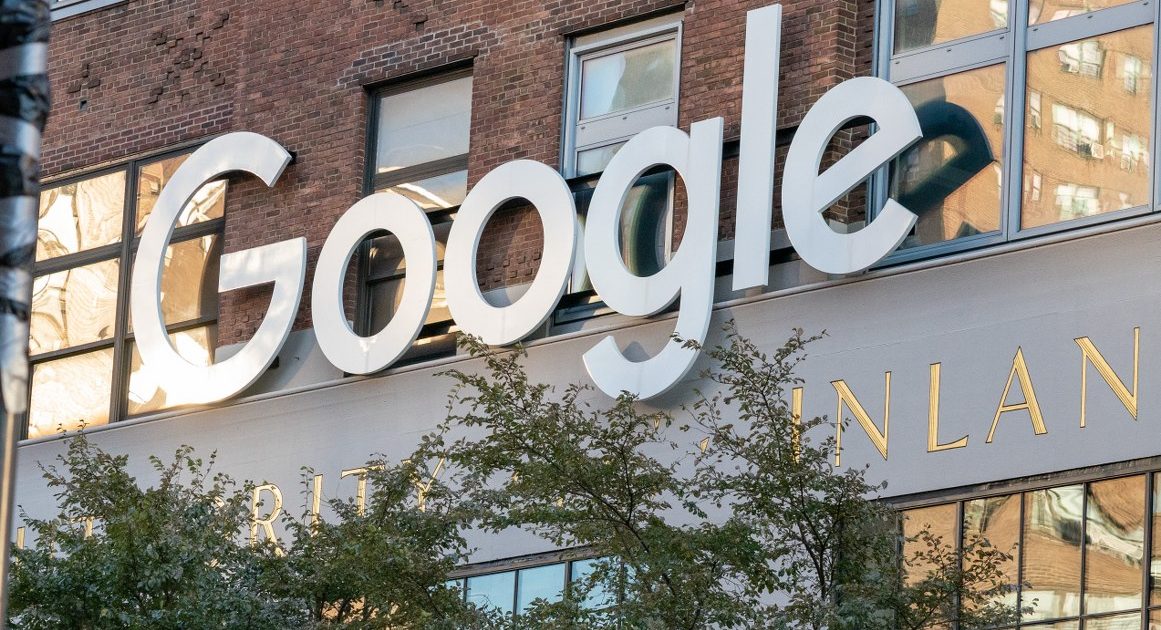 Today the Department of Justice, joined by the governments of 11 states, filed an antitrust lawsuit against Google in which they accuse the internet search company of “unlawfully maintaining monopolies in the markets for general search services, search advertising, and general search advertising in the United States through anticompetitive and exclusionary practices … .”

The 64-page lawsuit contends that Google owns or controls roughly 80 percent of the market for search channels and accounts for 90 percent of all searches in the United States (and 95 percent of all mobile searches). The scale at which Google operates and its exclusionary agreements, the lawsuit argues, makes it a massive barrier to entry for rivals and innovators, which in turn makes it harder for newcomers to access its customer base, and essentially forces anybody who wants to do business online to use Google.

Mobile access via Apple phones seems to be a big deal in the lawsuit, as Google has an agreement with Apple that its search engine is the default iPhone web browser. The lawsuit acknowledges that while iPhone users are free to change the default search engine, few do. About half of the lawsuit seems to be focused entirely on Google’s dominance over mobile phone search tools.

The lawsuit also notes that while Google once prided itself as the “turnstile” to the internet for “organic searches,” its power to place advertising at the top of searches for those who are willing to pay money pushes those who aren’t willing to pay down on the page of search results. As a result, these “organic links” (as in, links that appear without paid placement at the top of the page) are being demoted. This also crowds out third-party advertising providers from Google searches.

The plaintiffs are asking the United States District Court for the District of Columbia to declare that Google is operating in violation of Section 2 of the Sherman Act (the federal antitrust law), stop Google from engaging in the anticompetitive practices described in the lawsuit, and force Google to “restore competitive conditions in the markets affected by Google’s unlawful conduct.”

The Justice Department and attorneys general in several states have been investigating companies like Google, Apple, Amazon, Facebook, and others for potential antitrust lawsuits for years, and today’s filing did not catch the company off guard. Kent Walker, a Google senior vice president and the company’s chief legal officer, described the Justice Department’s effort as “a deeply flawed lawsuit that would do nothing to help consumers.” Walker writes, “People use Google because they choose to, not because they’re forced to, or because they can’t find alternatives.”

About the accusations of a special deal with Apple, Walker explains:

Our agreements with Apple and other device makers and carriers are no different from the agreements that many other companies have traditionally used to distribute software. Other search engines, including Microsoft’s Bing, compete with us for these agreements. And our agreements have passed repeated antitrust reviews.

Walker notes that in fact competitors Bing and Yahoo! Also pay to have their search tools featured on the iPhone’s browser. (When I open my iPhone’s Safari browser, the icons for both Bing and Yahoo! are right there next to Google. But if I just type words into the search bar above without clicking on an icon, it will automatically default to Google for searches, which the Justice Department complains about in the lawsuit.)

Walker also makes the case that customers use Google because they want to, not because they have to, by noting that people downloaded 204 billion apps in 2019. People are more than capable of figuring out how to access and use alternatives if that’s what they want. As evidence, he notes the Mozilla Firefox users who quickly figured out how to switch their default browser to Google after Mozilla entered into an agreement to make Yahoo! the browser’s default search engine.

In short, Google is arguing that its domination of the market is actually organic. It is giving people what they want and consumers’ needs are being satisfied. Those claims will be important to the case because the Justice Department will need to prove that consumers and markets are being harmed by Google’s domination.

Despite the length of the lawsuit, the focus is actually pretty narrow. The Justice Department seems really focused on opening up mobile browser access, advertising in searches, and fighting these exclusionary agreements. This doesn’t actually appear to be a “break up Google” lawsuit, and it doesn’t seem terribly interested in engaging in claims from conservatives that Google is censoring them by fiddling with search algorithms or otherwise hiding certain results.

But, as The New York Times notes, other attorneys general in other states may file lawsuits of their own. Some big states like Texas and Florida have signed onto the Justice Department lawsuit, but others, like California and New York, have not.

This shouldn’t be taken to mean that leaders of these states aren’t making plans of their own. As Andrea O’Sullivan recently observed, there’s a push among Democrats to broaden antitrust law so that it can be used to enforce sociopolitical economic goals, not just to protect consumers from monopolies. It may well be that other states didn’t sign on here precisely because the Justice Department isn’t trying to dismantle Google.