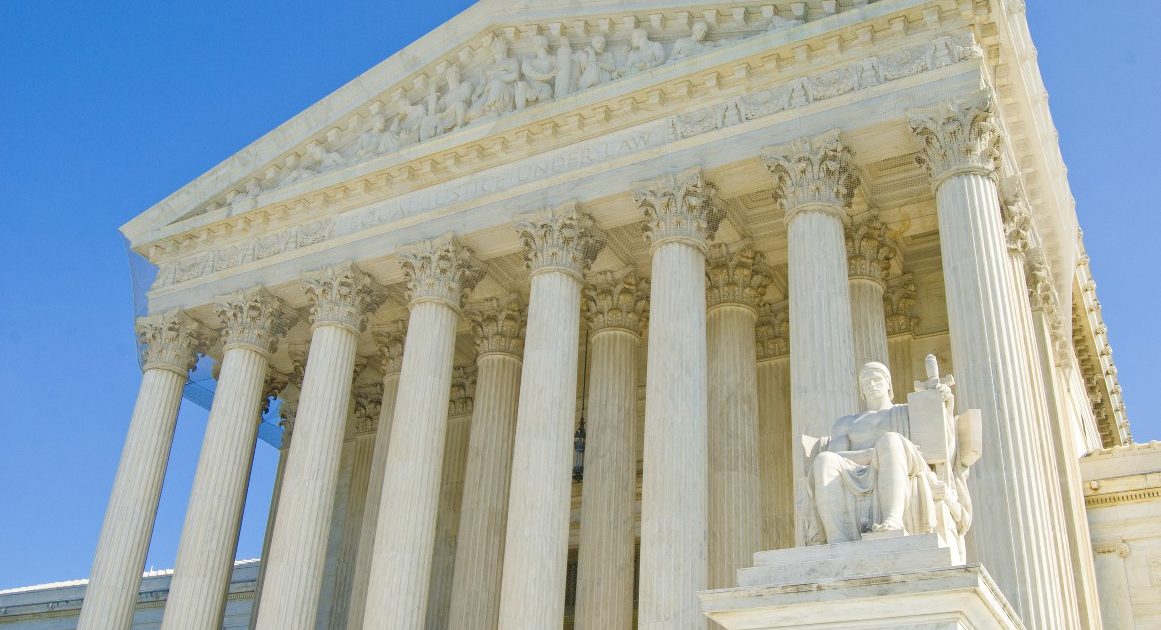 Sen. Kamala Harris (D–Calif.) was asked directly whether she and Vice President Joe Biden would try to expand or pack the Supreme Court if they were elected—and she did not give an answer.

The question came not from moderator Susan Page, but from Vice President Mike Pence. In response to a sparring session about whether President Donald Trump should continue with the nominating process for Amy Coney Barrett to the Supreme Court or wait until after the election, Pence took the moment to ask Harris for a straight answer.

She did not give one. Instead she gave a history lesson about how President Abraham Lincoln once declined to nominate a Supreme Court justice prior to the election, insisting that the American people should choose the president first.

“Joe and I are very clear,” she said. “The American people are voting right now. It should be their decision about who will serve on this most important body for a lifetime.”

Moderator Susan Page attempted to move on, not noting that Harris hadn’t answered the question. Pence then broke in to point out that because Americans are voting right now, they should know if Harris and Biden “are going to pack the Supreme Court if [they] don’t get their way with this nomination.”

Pence pointed out that she had given a non-answer, as has Biden previously. Harris insisted that she was trying to give him an answer right now.

“Let’s talk about packing the court then,” she said. And then she continued to not talk about expanding the Supreme Court. Instead she talked about the Trump administration’s filling of open federal court seats with “people who are purely ideological, viewed by professional legal organizations to have been not competent or substandard.” She also noted (accurately) that Trump had not nominated a single black person to a court seat.

And then Page simply moved on. Pence jumped in as Page started a new question: “I just want the record to reflect she never answered the question.”

Americans still do not know whether the people on the Democratic ticket plan to pack or expand the Court, leaving voters to make assumptions based on their refusal to respond clearly.