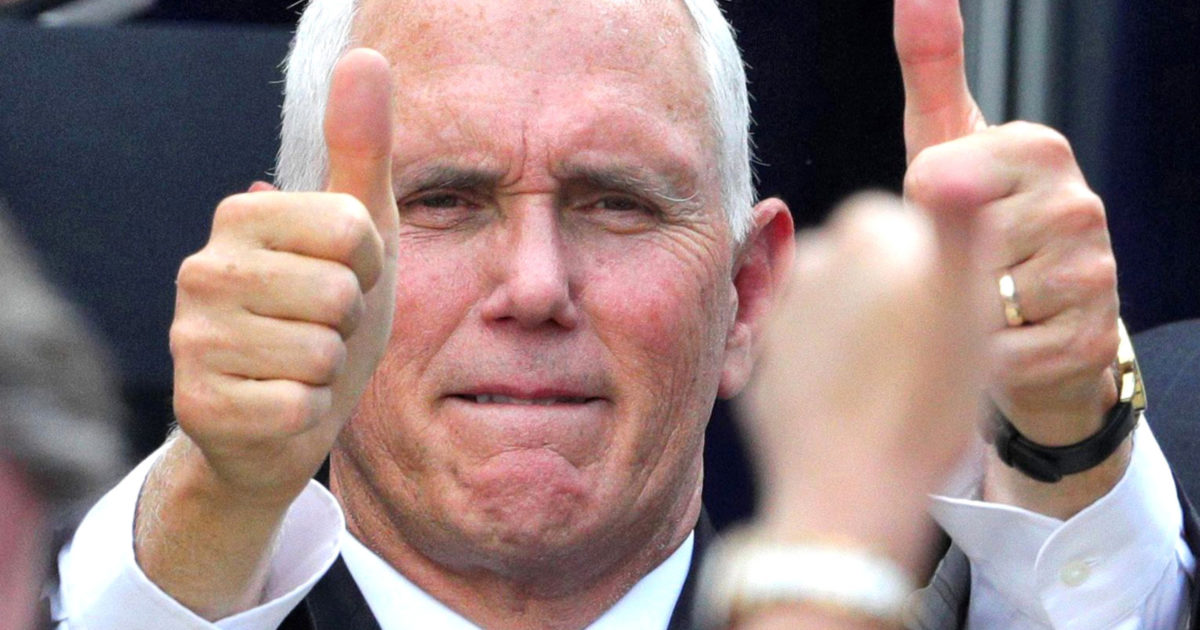 With just over a week to go until Election Day, is the Trump administration signaling its surrender to COVID-19? “We’re not going to control the pandemic,” White House Chief of Staff Mark Meadows told CNN’s Jake Tapper on Sunday. Instead, Meadows said, the administration will “control the fact that we get vaccines, therapeutics and other mitigation areas.”

Jake Tapper: “Why aren’t we going to get control of the pandemic?”

Meadows: “Because it is a contagious virus” #CNNSOTU pic.twitter.com/1ahyatu6co

Of course, the White House does not control how soon a vaccine will be developed. But the administration does seem committed to its message of nonchalance about a disease that has killed more than 225,000 Americans already. Meanwhile, the coronavirus has again penetrated the executive branch’s inner circles: Five of Vice President Mike Pence’s aides, including his own chief of staff, have tested positive for the coronavirus in recent days—but the veep (who tested negative on Sunday) hit the campaign trail for stops in Florida and North Carolina this weekend. Saskia Popescu, an infectious disease expert at George Mason University, told the Associated Press that he thinks Pence’s plans to continue campaigning while the virus spreads among his close contacts is “grossly negligent.”

Trump, meanwhile, continues to push the message that America is “rounding the corner” in its fight with the virus even as the number of infections has surged once more. More than 85,000 new cases were reported on Friday, breaking the single-day record set during the so-called “second wave” in mid-July.

Cases are also rising sharply in Europe, where several countries have implemented new restrictions on social gatherings. Ireland has already reimposed an economic lockdown in an attempt to bring the virus under control.

A more competent administration would be arguing against repeating that sort of economically destructive—and ultimately ineffective—strategy, and would instead use its bully pulpit to encourage people to take necessary precautions like wearing masks and avoiding large gatherings. Such mitigation strategies should be presented as alternatives to lockdowns that would help reduce transmission and protect the economy, not as concessions to the tyranny of public health experts.

Or maybe Santa Claus will deliver a vaccine, but that seems unlikely.

The Trump administration offered Santa Claus performers a deal: promote a Covid-19 vaccine, and they’d get early access to it. The plan has been called off. https://t.co/Cg7XRbUsZu

The Libertarian mayor of Plymouth, Ohio, has dismissed all speeding tickets thanks to an obscure and Ohio-specific arrangement in which mayors are allowed to serve as judges for traffic violations and other minor offenses. Mayor Cassaundra Fryman says she wants to abolish the “mayor’s court” in Plymouth, but in the meantime she’s putting the weird quasi-judicial power to good use.

Though he’s running on promises to hike taxes and increase federal regulatory power, the prospect of a President Joe Biden isn’t worrying businesses as much as you might expect.

“Credit that not to who Mr. Biden is, but who he isn’t: Elizabeth Warren or Bernie Sanders, senators with a much more adversarial approach to business who lost to Mr. Biden in the Democratic primary, or President Trump, whose administration has been marked by economic-policy unpredictability,” The Wall Street Journal reports.

Goldman Sachs, an investment bank, projects that the stock market will continue to climb even if Democrats sweep November’s elections.

GOLDMAN: A Dem sweep “will have only a modest net impact on the medium-term path of S&P 500 earnings. .. Higher corporate tax rates, more fiscal spending, and lower tariffs .. will result in annualized S&P 500 EPS growth of 13% through 2024, similar to our baseline forecast ..” pic.twitter.com/vbP6f6s7Ov

With just eight days remaining in the campaign, former vice president Joe Biden is in better shape than Hillary Clinton was four years ago.

If you’re looking for a horse race narrative right now, you’re not going to find it here. There was a time when it was easy to imagine this race going much differently. Eight days out, it’s much, much harder. I’ve seen…almost enough.

But Trump still could win, even if the path is narrow.

It’s better to think of it this way: there are several theories for why Trump could win that very probably aren’t true. But if you add up a lot of longshot possibilities, it’s not that hard to get to a 10-15% chance, which is something worth taking seriously. 2/2

This is incredible. Straight out of Gogol. A Russian mayor needed an opponent so his election looked legitimate. No one would step up except the woman who cleaned city hall. Then she won. https://t.co/t98dTe0NP9