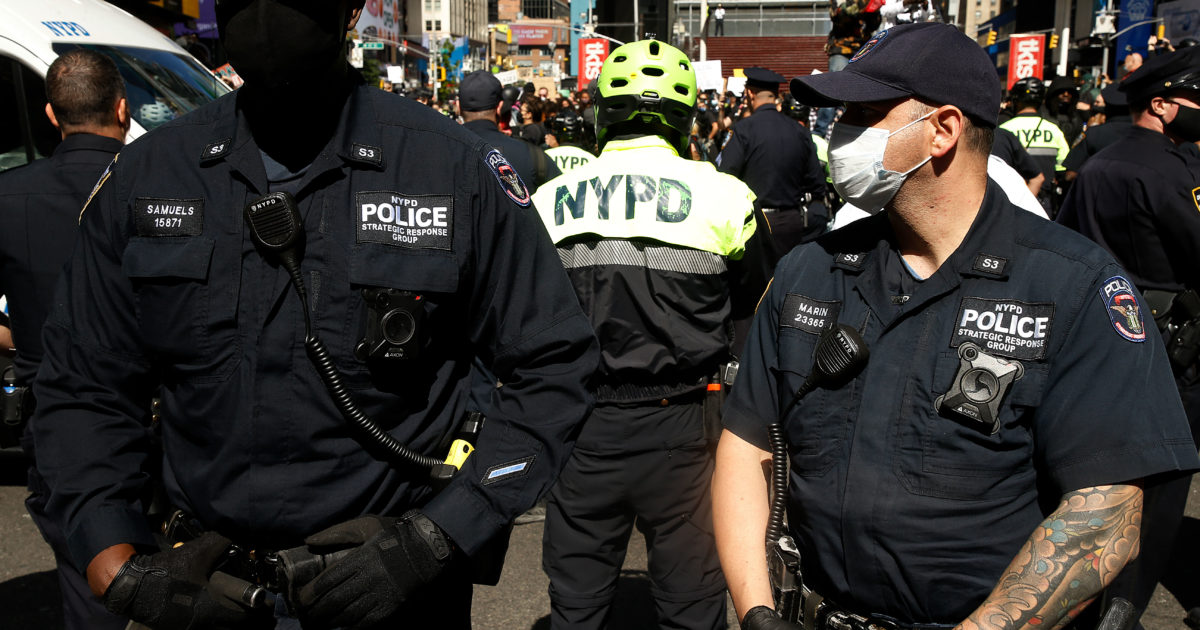 If only all it took to sweep away intrusive and incompetent governments was a declaration that they’re “anarchist jurisdictions.” Suffering residents of these communities might then be spared authoritarian laws, high taxes, and unreliable services without needing to move elsewhere, battle authorities, or break the rules. Instead, though, the three cities named this week by the U.S. Department of Justice (DOJ) as places “Permitting Anarchy, Violence, and Destruction” are overgoverned, if ineptly so.

The designations are nothing more than the latest political battle in a country that’s rapidly fragmenting into warring factions. And it’s a conflict that will end only when the factions stop using government to screw with each other.

Monday’s tagging of New York City, Portland, and Seattle as “three jurisdictions that have permitted violence and destruction of property to persist and have refused to undertake reasonable measures to counteract criminal activities” comes in response to last week’s presidential memo along the same lines. That memo threatened to deny federal funds to “anarchist jurisdictions” that “have contributed to the violence and destruction in their jurisdictions by failing to enforce the law, disempowering and significantly defunding their police departments, and refusing to accept offers of Federal law enforcement assistance” in the course of protests and riots resulting from the Black Lives Matter and police-reform movements.

“We cannot allow federal tax dollars to be wasted when the safety of the citizenry hangs in the balance,” Attorney General William P. Barr warned.

That can mean a big hit—New York City receives billions of dollars from the federal government every year—assuming that the executive branch is allowed such discretion over spending. The courts have split on the issue but been mostly unreceptive when it comes to withholding money from so-called “sanctuary cities” that decline to enforce federal immigration law.

In fact, the “anarchist jurisdictions” spat is best viewed in the context of the tussle over sanctuary cities as well as the spread of “Second Amendment sanctuaries” across the country. Just as many majority lefty cities chafe at what they see as unfair federal immigration restrictions, so many mostly righty counties object to state and federal gun laws they see as oppressive. (Libertarians might consider giving them all a big thumbs-down.)

And, just as the federal government has threatened cities that step back on law enforcement during anti-police protests as well as those that won’t enforce immigration laws, so some governors have gone up against local officials who take similar positions on self-defense restrictions.

“Of course, there is power in the local community and in local government specifically. That power can be exercised in the form of discretionary policing or other forms of local under-enforcement,” Richard Schragger of the University of Virginia School of Law wrote earlier this year for the Duke Center for Firearms Law. “These more recent conflicts represent more than ‘uncooperative federalism,’ however. What has emerged instead is something that could be called ‘punitive federalism’—a regime in which the periphery disagrees with or attempts to work around the center and the center seeks to punish those who do so, not just rein them in.”

Schragger distinguishes between the constitutional basis for localities resisting federal laws versus localities ignoring state laws. The argument certainly matters to legal scholars—but is probably meaningless to regular people resentful of rules they despise from whatever source. Schragger also, tiresomely, tries to smear Second Amendment sanctuaries as flirting with racism.

But Schragger’s larger observation about the periphery at war with the center stands on its own. It’s a sharp observation about conflicts among communities with very different beliefs and values, populated by Americans who may share a nationality, but are truly sick of each other’s shit.

“My Administration will not allow Federal tax dollars to fund cities that allow themselves to deteriorate into lawless zones,” President Donald Trump charged last week. His message resonates with voters who support law enforcement and see cities beset by protests-turned-riots as violent and radical.

“What the Trump Administration is engaging in now is more of what we’ve seen all along: shirking responsibility and placing blame elsewhere to cover its failure,” New York City Mayor Bill de Blasio, Portland Mayor Ted Wheeler, and Seattle Mayor Jenny Durkan fired back. They appeal to advocates of police reform who view the administration and its base as insensitive and reactionary.

True anarchy doesn’t play a role here; jurisdictions without governments don’t have sniping elected officials. They also don’t depend on federal largesse to keep their bureaucracies malfunctioning and turning people’s lives upside down.

It takes a lot of government to cause the chaos New York City has inflicted with its city-run schools’ repeated about-face decisions on starting classes, delaying them, or just keeping families guessing. It also takes a lot of government to squeeze residents dry funding monopolies on keeping the peace that inspire protests against excessive policing and then surrender some areas of the city to subsets of troublemakers who displace peaceful demonstrators.

At the very least, real “anarchist jurisdictions” wouldn’t extract so much in taxes.

Instead, what we’re seeing with the Trump administration’s attacks on New York City, Portland, and Seattle—as with its conflicts with sanctuary cities, and state governments’ corresponding battles with Second Amendment sanctuaries—is part of the country’s fragmentation into feuding factions. Those factions control different communities and competing levels of government and they’re at war over who gets to impose their preferences on their enemies.

It’s impossible to imagine what victory would look like in this war. Does one faction imagine it’ll get to rest its boots on opponents’ throats forever? That’s not going to happen.

To get past these escalating disputes, we need to back off “punitive federalism.” That means learning to accept that other people get to live their lives by different values and rules. Ultimately, peace will come only from leaving other people alone on the condition that they do the same for us. That may not mean getting entirely rid of government intrusions in our lives, but real “anarchist jurisdictions” look increasingly attractive when compared to the alternatives.