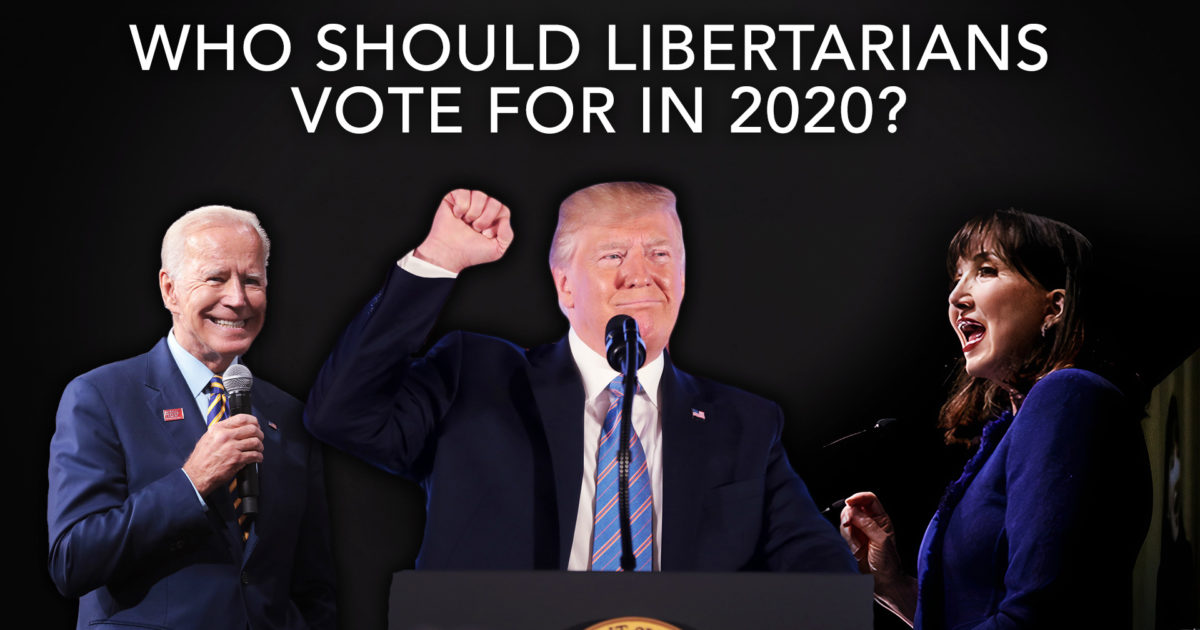 Should libertarians vote for Biden, Jorgensen, or Trump in the next presidential election?

That was the topic of an online Soho Forum debate held on Wednesday, July 22, 2020. It featured George Mason University law professor Ilya Somin; Angela McArdle, the chair of the Libertarian Party of Los Angeles County; and Francis Menton, a retired attorney who blogs at Manhattan Contrarian. The debate was moderated by Soho Forum Director Gene Epstein.

Arguing that libertarians should vote for Joe Biden was Somin, whose books include Democracy and Political Ignorance: Why Smaller Government Is Smarter and Free to Move: Foot Voting, Migration, and Political Freedom.

In support of Libertarian Party candidate Jo Jorgensen was Angela McArdle, author of The Communist Cookbook: Delicious Dining for the Modern Marxist.

Francis Menton made the case that libertarians should help to re-elect Donald Trump. Menton is a retired partner in the Litigation Department and co-chair of the Business Litigation Practice Group of Willkie Farr & Gallagher LLP in New York.

Voting for this online debate was exclusive to the live Zoom audience. McArdle won by convincing 32.5 percent of the audience to change their minds and support Jo Jorgensen. Support for Trump increased by 3 percent, while Biden lost 4.8 percent.

The Soho Forum, sponsored by the Reason Foundation, is a monthly debate series at the SubCulture Theater in Manhattan’s East Village.