This post will offer a few more reflections on today’s unprecedented oral arguments in PTO v. Booking.com. (Here is the transcript.)

First, I was quite surprised when I heard Justice Thomas speak ask questions arguments today. Carrie Severino, who clerked for Justice Thomas, speculates why he chose to speak up today.

Here is her thread:

My speculation that he would ask questions is because he has frequently complained about how chaotic oral arguments are and how the regular system is disrespectful to the advocates who are interrupted so often.

He says that the justices should spend more time actually listening to the advocates than trying to score rhetorical points.

The current system allows for an organized, civilized method of questioning without any one justice dominating the discussion and while (for the most part) allowing the advocates to answer in full.

Many have described the quarantine as an introvert’s dream. Apparently that applies to the Supreme Court as well. Justice Thomas, its most famous introvert, seems to be thriving under the new argument system.

Makes sense. Recently, my co-counsel argued a case in the 5th Circuit. The judges there also took turns asking questions by seniority. It was, for the most part, quite orderly. I don’t know if the Justices will keep this approach after social distancing concludes, but it has some virtue that is worth studying.

Second, Justice Breyer had another #BreyerPage about “a combination of four things.” (This prediction came true.) He spoke for two-pages, interrupted only by Blatt’s “Mm-hmm.” At the end, he concluded, “All right. Now that’s a lot. But I want to hear your answer to those points.” Lisa Blatt replied, “Sure. It’s not really a lot.” Yes, it was. Remarkably, Lisa managed to address all four points. Then her time was up.

Here is the exchange: 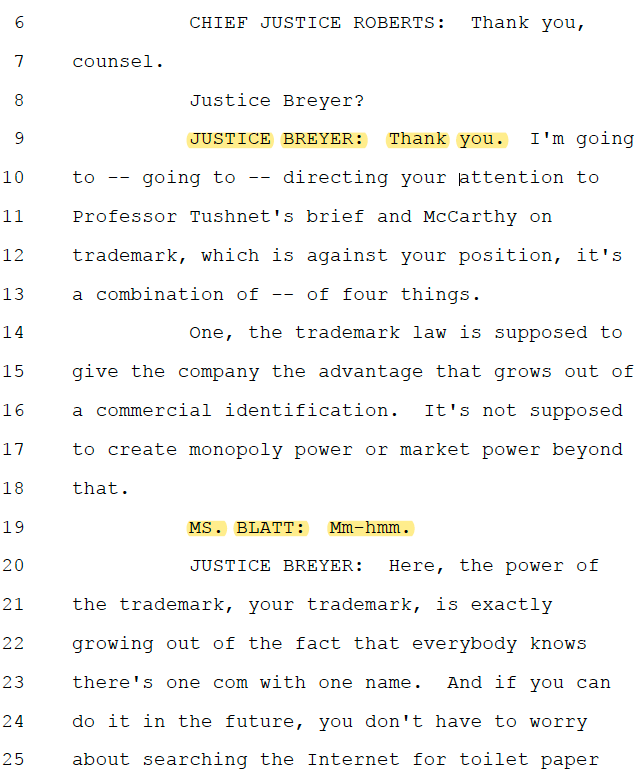 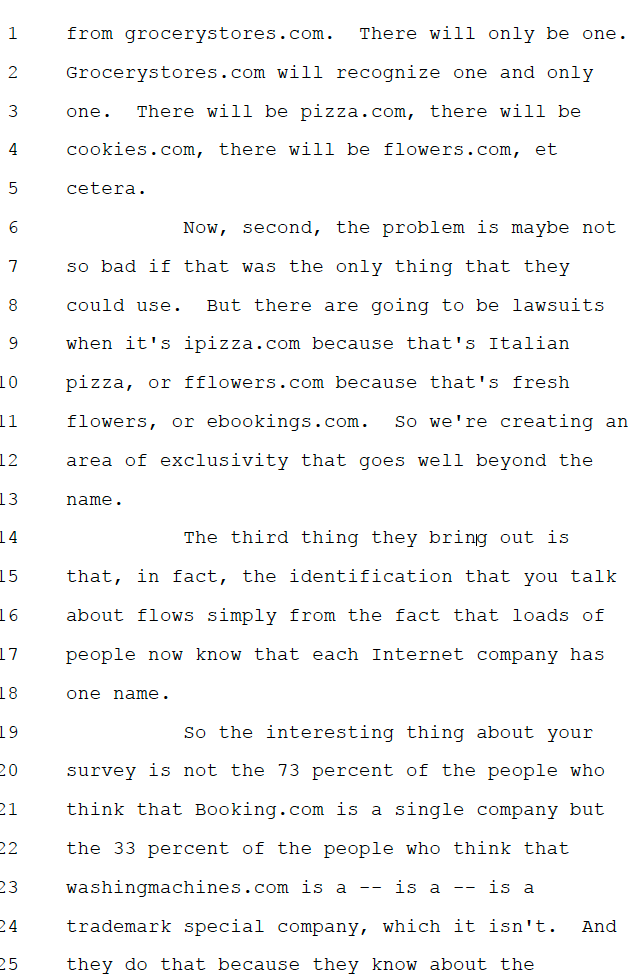 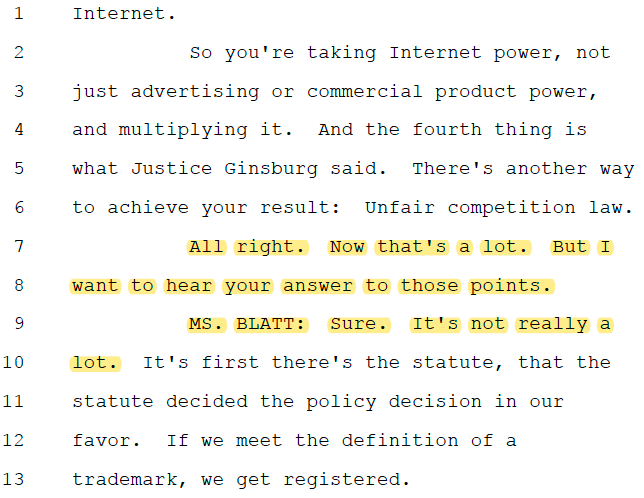 MS. BLATT: Okay. So you’ve read the Tushnet brief and the government’s brief. You have not obviously read our expert –

Not many advocates could pull this off. Lisa is lucky she didn’t get rebuked by Gorsuch for a lack of civility. He recently chided Paul Clement during arguments in Seila Law v. CFPB for far less. In any event, I found her arguments extremely persuasive. She may have even moved a few justices. She will likely notch another victory here. I still regret she didn’t get to argue the Washington Redskins case. Her amicus brief in Matal v. Tam was pitch perfect.

Fourth, this is the closest we’ll get to visualizing Justice Sotomayor on mute:

Update: A sixth observation courtesy of Mark Walsh at SCOTUSBlog. I included the following line in my post earlier today:

At 10:00, I heard the live call of Oyez, Oyez, Oyez. I knew it was coming, but the cry still took me by surprise. It felt like a shofar blast. The Court had my attention, but I could’t draw near.

I was riffing on the Court’s usual cry:

But today, Mark observed, the Marshal of the Court gave a modified version of the call.

What was missing? We were not “admonished to draw near.” Because we can’t! Mark explained:

She bangs her gavel. She left out a few words from the normal cry, which is “to draw near and give their attention.” The court’s Public Information Office confirms that the change was made on purpose. Please don’t draw near, the court seems to say, but maintain proper social distancing.

The voice of Chief Justice John Roberts makes itself known as he calls the case. He does not mention, as he typically would in the courtroom, that today’s orders have been duly certified and filed with the clerk, and of course there are no bar admissions.