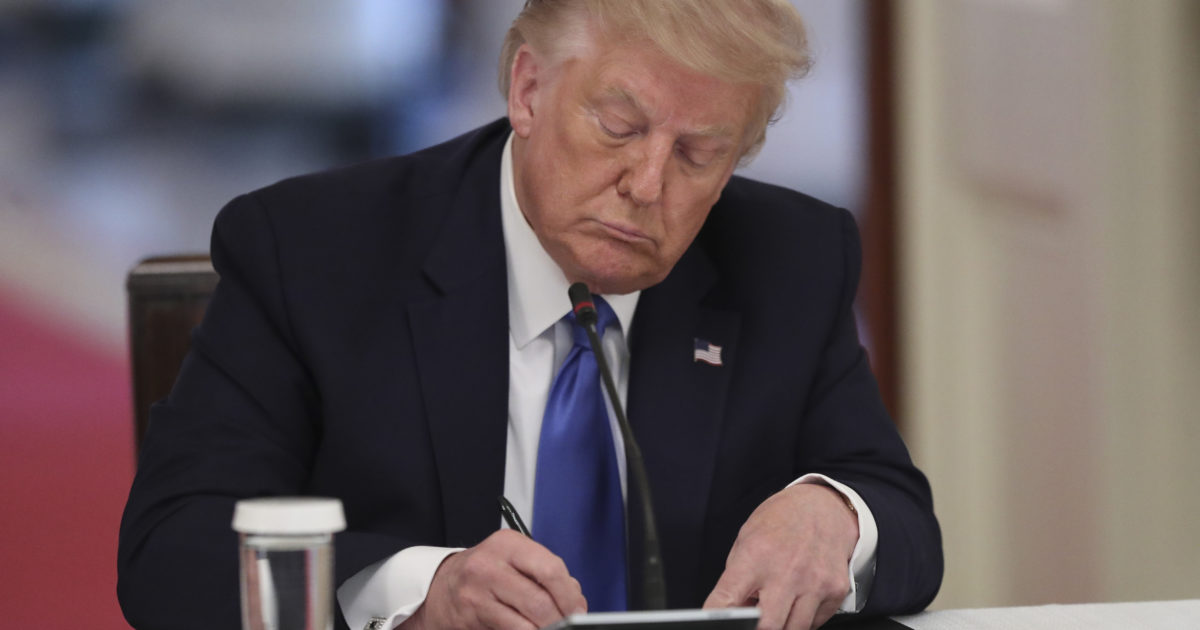 In January 2019, the Congressional Budget Office (CBO) published one of its recurring looks at America’s likely budget and economic trajectory over the coming decade. These reports are useful for showing not just the current state of the fisc, but where nonpartisan government analysts think it will go and what might occur as a result. They offer both an of-the-moment snapshot and a rough sense of what to expect.

What the CBO said at the time was that the country’s debt and deficits were on a risky, perhaps even dangerous, track.

The annual budget deficit—the gap between government spending and tax revenues—would run about $900 billion in 2019, and it would push beyond $1 trillion every year starting in 2022. Debt as a percentage of the country’s total economy would rise steadily, reaching 93 percent of GDP by 2029, the highest level since the years directly following World War II.

Automatic spending on major entitlements would keep government spending high and make reductions difficult. Interest payments on the nation’s rising debt would become one of the country’s largest spending categories. The persistently high levels of debt and deficits, meanwhile, would serve as a drag on economic growth. Overall debt levels were on track to reach the highest levels in the nation’s history.

All of this was reason to worry. “Such high and rising debt would have significant negative consequences, both for the economy and for the federal budget,” the report warned, with reduced national productivity and total wages plus an increased likelihood of a fiscal crisis. In an emergency scenario, policymakers might be more constrained from responding in the most effective way. Debt and deficits were a modest burden on the economy in good times. And the higher they ran, the more economic risk accumulated.

Again, this was the outlook in 2019, when the unemployment rate was below five percent, when the deficit was projected to run about $900 billion over a 12-month span, when daily viral death tolls and case-count heat maps weren’t posted on major news sites like especially grisly weather reports.

In June of this year, the federal deficit was $864 billion.

That’s more than the entire annual budget deficits of 2017 ($665 billion) or 2018 ($779 billion), more than any year during the George W. Bush administration or Barack Obama’s second term. In June of 2019, the federal budget deficit was $8 billion, which almost seems like a typo now.

The reason, of course, is the federal response to the coronavirus, especially the CARES Act and various other spending bills designed to prop up the economy, which the CBO now projects won’t recover for more than a decade.

The most recent 10-year outlook warns that unemployment will remain above 10 percent for the rest of this year and remain elevated until past 2030. Economic growth is expected to be sluggish—probably $17 trillion less than the pre-COVID track we were on.

As the last 18 months have shown, all of this could rapidly change. But the United States is in uncharted waters in terms of both public finances and their effect on the economy. And no one really knows where we’ll go from here.