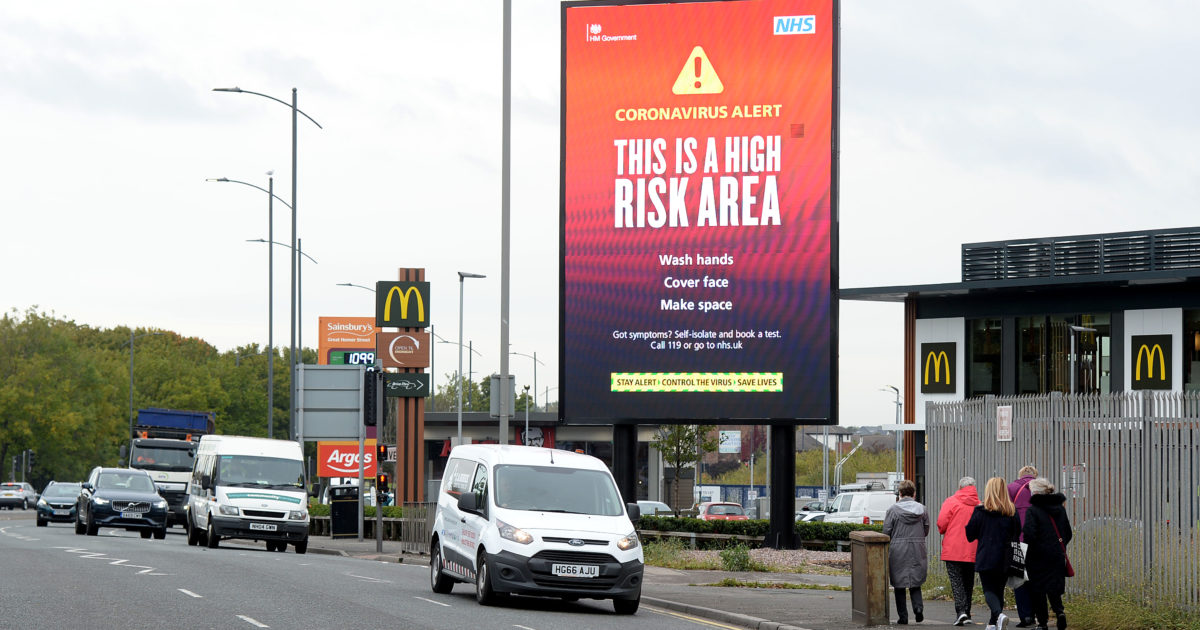 We’re told that life is never getting back to normal, so we need to suck it up and accept a world of mask-wearing, economic disruption, and social distancing. It’s a denatured echo of the warnings we’ve heard before that government responses to COVID-19 are pushing the world toward authoritarianism—but dressed up as if that’s a good thing.

That’s unfortunate, given that less-intrusive responses to the pandemic are proving at least as effective as heavy-handed ones. And that’s before we even discuss the inherent value of the freedom that looks destined to be pushed aside by public health concerns  and by disingenuous government officials.

“As 2020 slides into and probably infects 2021, try to take heart in one discomfiting fact: Things are most likely never going ‘back to normal,'” wrote CNN International Security Editor Nick Paton Walsh last week. In his piece he discusses the likely permanency of mask mandates, telecommuting, reduced physical contact, and similar changes to life.

Some of the alterations Walsh mentions may be matters of personal choice, but a good many of them are imposed by “politicians who pretend that ‘normal’ is just around the corner,” as Babson College’s Thomas Davenport says in the article.

“As the need for an extension of quarantine into the summer or beyond seems likelier, the new normal will certainly include unanticipated trade-offs,” Andy Wang warned in May in the Harvard International Review. “The central irony of the crisis may be that the very methods that liberal democracies are currently using to effectively fight the virus are the same tactics that authoritarian leaders use to dominate their people. While the world is not sinking into authoritarianism, a post-quarantine world could be less democratic than its previous iteration; the tools that have been temporarily deployed in the fight against a once-in-a-lifetime disease may become permanent.”

These authoritarian tools may become permanent because government officials are rarely punished for doing something, even if the something is awful and counterproductive. It’s leaving things alone to be worked out by individuals according to their own priorities and preferences for which politicians get called out.

In addition, people who go into government tend to be the sort who naturally gravitate toward using power. And crises are excellent excuses for accumulating unprecedented authority and using it in novel ways.

“For authoritarian-minded leaders, the coronavirus crisis is offering a convenient pretext to silence critics and consolidate power,” Human Rights Watch cautioned in April.

“The ‘lockdown measures’ adopted by many European states have disproportionately impacted racialized individuals and groups who were targeted with violence, discriminatory identity checks, forced quarantines and fines,” Amnesty International reported in June.

“Governments around the world must take action to protect and promote freedom of expression during the COVID-19 pandemic, which many States have exploited to crack down on journalism and silence criticism,” the UN Special Rapporteur on Freedom of Expression noted in July.

The U.S. has hardly been immune to public health-driven authoritarianism during the pandemic.

“In halls of power across the country, the growing novel coronavirus pandemic has sometimes been used to stretch, bend or ignore established law and policy,” Jenny B. Davis wrote for the ABA Journal in April. “Fundamental freedoms, privacy protections and access to justice have been curtailed in the name of public safety, with legal justifications ranging from appropriate to patently inaccurate.”

Since then, judges have overruled some officials, including the governors of Michigan and Pennsylvania, who overstepped their authority and violated fundamental rights.

“The Constitution cannot accept the concept of a ‘new normal’ where the basic liberties of the people can be subordinated to open-ended emergency-mitigation measures,” wrote U.S. District Judge William S. Stickman IV in his September 14 decision regarding Pennsylvania’s public health rules. “Rather, the Constitution sets certain lines that may not be crossed, even in an emergency.”

And yet, local Florida authorities vow to keep fining people who don’t wear masks in public even after the governor told them to stop. And New York City is forcing schools, restaurants, and other businesses to close again in nine neighborhoods, all in the name of fighting the spread of COVID-19. Public health excuses continue to ride roughshod over protections for individual rights.

This should be remarkable even to people who, for some reason, don’t especially care about “fundamental freedoms” and constitutional “lines that may not be crossed,” because authoritarian lockdowns are certainly not the only way forward.

It’s not that Sweden did everything right on the issue, or that it completely avoided the effects of COVID-19. Instead, the country seems to have pulled through a difficult period at least as well as other countries without disrupting life or indulging the power-grab fantasies of government officials.

Sweden serves as an indication that respecting people’s liberty doesn’t inherently pose a health threat, and that a virus shouldn’t be used as an automatic excuse for forcibly curtailing normal life. And, once the virus passes, there will be a minimum of authoritarian detritus for Sweden’s residents to clear away.

For the rest of us, the pandemic is likely to leave lingering damage. The “new normal” of life after COVID-19 threatens to look a lot like old-fashioned authoritarianism.