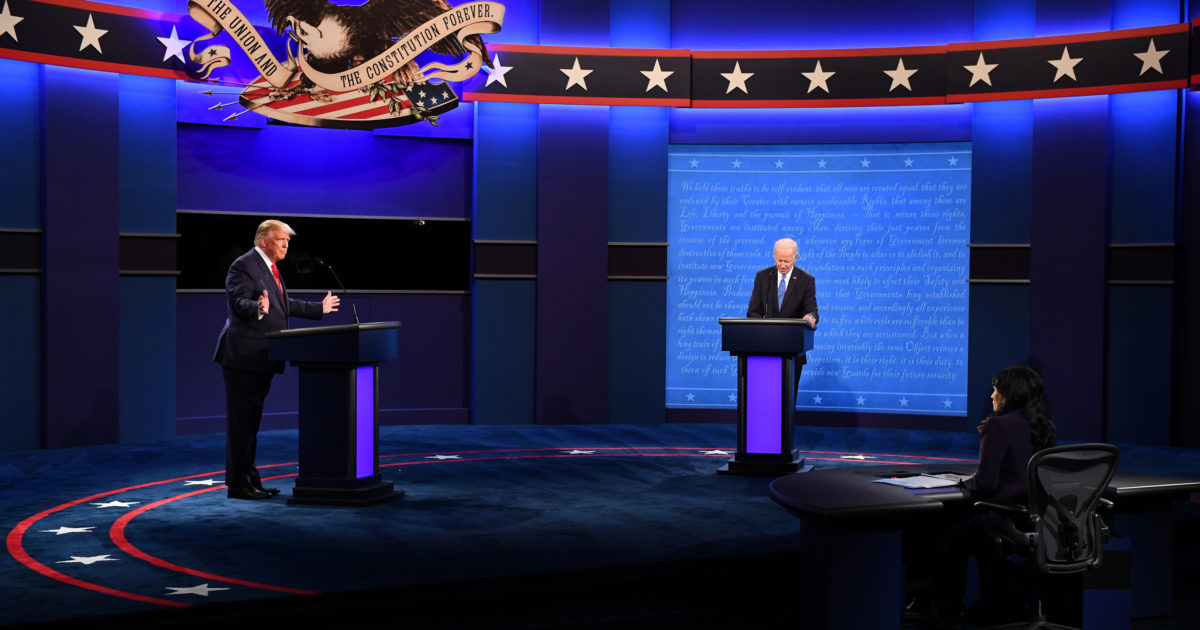 That question occupied President Donald Trump and former vice president Joe Biden for a good portion of the time allotted to a discussion of immigration during Thursday’s debate, the last of the 2020 campaign season. Trump blamed the Obama administration for “building cages to keep children in” and (technically correctly) argued that he had been falsely maligned for inventing inhumane immigration enforcement practices that he inherited from his predecessor. Biden, meanwhile, blamed Trump for ramping up the cruelty by separating families who crossed the border without authorization—a policy that has somewhat predictably resulted in the federal immigration bureaucracy losing track of the families of more than 500 migrant children.

Here’s the thing: They’re both right.

The Trump administration’s family separation policy is a nightmare. More than 2,800 children have been taken away from their families since the Trump administration’s new “zero tolerance” policy was implemented, according to the American Civil Liberties Union. Trump officials believed the policy would deter more families from trying to cross the border unlawfully. And that new policy was implemented by the order of Trump’s first attorney general, Jeff Sessions, over the complaints and warnings of top immigration lawyers in the Justice Department. It is entirely fair to lay this whole mess at Trump’s feet.

The Trump administration’s approach to immigration enforcement has been aggressive and deliberately punitive in a way that Obama’s was not. Beyond the appalling family separation policy, Trump’s sought to restrict both legal and illegal immigration in ways that no president in recent history has. He’s shifted one of America’s two major parties in a nationalist, xenophobic direction—or perhaps he owes his success to the fact that it had already shifted that direction, but that’s no better—and elevated people like Stephen Miller to places where they can set policy. That’s all horrifically bad.

But he was only able to do most of that because previous presidential administrations—not just Obama and Biden, but plenty of others before it—built a powerful leviathan dedicated to preventing the free movement of people.

During Thursday night’s debate, Biden promised that he’d send Congress a major immigration reform that would include a “pathway to citizenship” for undocumented immigrants within 100 days of taking office. But it’s fair to ask, as Trump did several times, why that wasn’t done already.

“He had eight years and he did nothing except build cages to keep children in,” Trump said.

If Biden gets another shot at one of the top spots in the executive branch, maybe he’ll take a lesson from all this. Before you start building cages, you should ask yourself how your political opponents might use them.