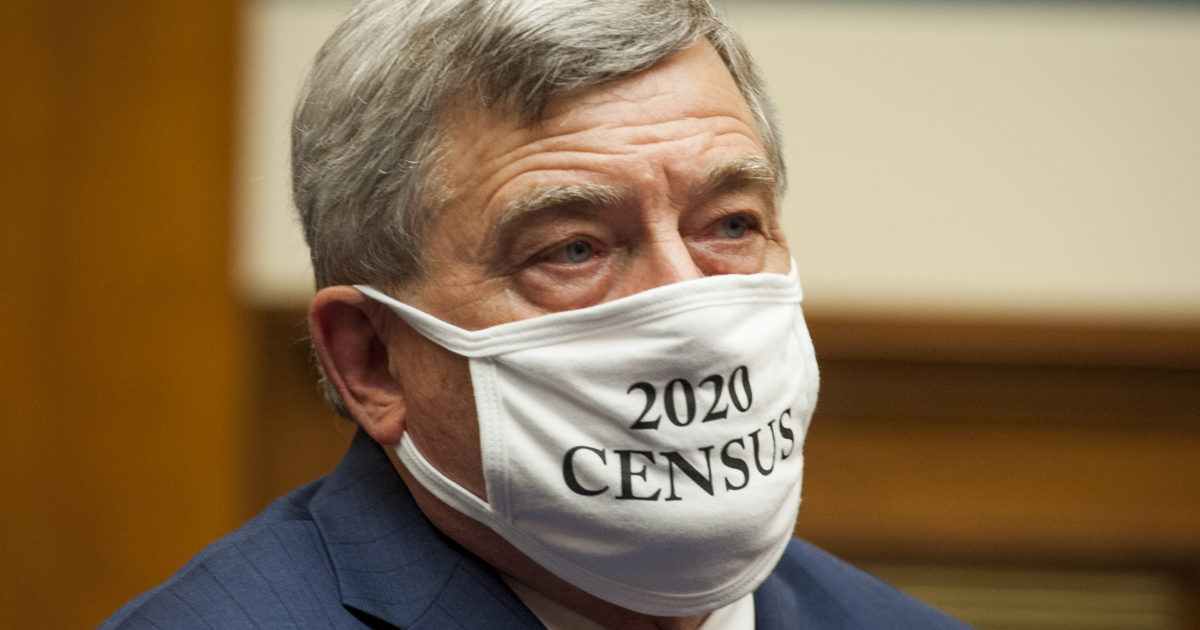 The Supreme Court ruled yesterday that the Trump administration can stop the 2020 census count right now, instead of at the end of the month. The ruling comes in response to officials arguing in an emergency request that an October 31 deadline would keep them from processing census counts by the end of the year.

“A group of local governments and nonprofit groups, led by the National Urban League, said that ending the count early will result in an undercount of immigrants, low-income people and other groups that are difficult to count,” writes James Romoser at SCOTUSblog. Technically, the Court’s order is framed “as a temporary pause of a district judge’s ruling that directed the department to proceed,” he explains. “But due to the compressed timeline for completing the census, the order is likely to be the definitive say on the matter.”

The Commerce Department, which leads the census, wanted to stop on September 30. The National Urban League said it should keep going until October 31, as previously planned.

At first glance, it may seem both sides are arguing over a very small window of time that can’t make that much of a difference either way. But Republicans want to make sure they wrap things up while President Donald Trump is still in power because census numbers are used to determine how seats in the House of Representatives are apportioned—a process the administration wants to change.

Per two executive orders, the first in July 2019 and the second in July 2020, Trump declared that the census would include a question about citizenship status and then that “for the purpose of the reapportionment of Representatives following the 2020 census, it is the policy of the United States to exclude from the apportionment base aliens who are not in a lawful immigration status.”

Commerce is required to process the census data for apportionment purposes by December 31, 2020.

If it doesn’t, and if Trump loses in November, “it is possible that the new administration would then be in control of the population totals used for reapportionment,” explained Romoser last week.”Trump wants to exclude unauthorized immigrants from those population totals—a change that could shift political power away from some populous blue states, such as California and New Jersey.”

In a dissent to the majority’s one-paragraph decision, Justice Sonia Sotomayor wrote that the Census Bureau’s claim that “absent a stay, the Bureau will not be able to meet the December 31 statutory deadline for reporting census results to the President…” goes against “the Government’s repeated assertions to the courts below that it could not meet the statutory deadline under any circumstances.” Sotomayor continued: “Moreover, meeting the deadline at the expense of the accuracy of the census is not a cost worth paying, especially when the Government has failed to show why it could not bear the lesser cost of expending more resources to meet the deadline or continuing its prior efforts to seek an extension from Congress. This Court normally does not grant extraordinary relief on such a painfully disproportionate balance of harms.”

• Supreme Court Justice Clarence Thomas is looking for a chance to cut down Section 230.

• Los Angeles County will pay out $14 million in a class-action lawsuit settlement against the local sheriff’s department. The lawsuit alleged the department “routinely held people in jail beyond their release dates solely because of pending immigration investigations,” reports the Los Angeles Times:

More than 18,500 people who were held illegally for days, weeks or months from October 2010 to June 2014 because of requests from Immigration and Customs Enforcement could qualify for a share of the settlement, attorneys for the plaintiffs said. The Sheriff’s Department agreed to stop honoring detainer requests in 2014.

• The DOJ is suing Stephanie Winston Wolkoff over a book she wrote about her time as first lady Melania Trump’s adviser, arguing that she breached a non-disclosure agreement that includes “no termination date.”

You will be pleased to learn that your tax dollars are ensuring that Melania Trump can enforce an NDA against her personal advisor, even though neither of them work for the government.https://t.co/HvRHHHS9QS pic.twitter.com/FITzjgh09c