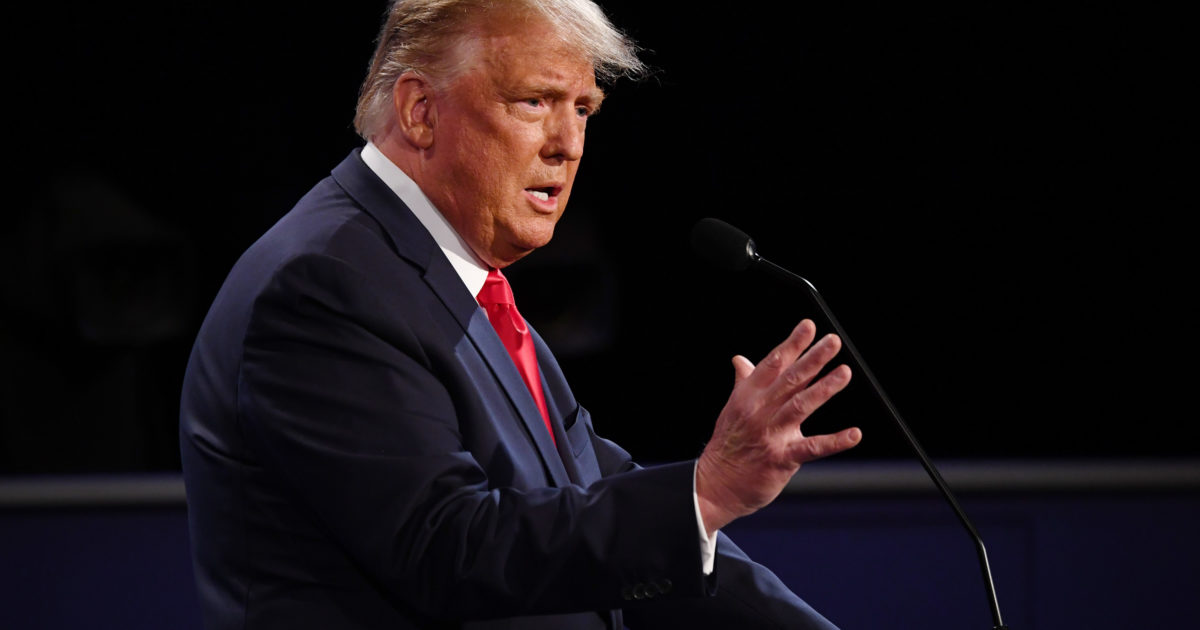 Despite President Donald Trump’s claims, the U.S. military likely won’t play much of a role in distributing a COVID-19 vaccine.

“We have a vaccine that’s coming, it’s ready,” Trump said near the start of Thursday’s presidential debate. “It’s going to be announced within weeks, and it’s going to be delivered. We have Operation Warp Speed, which is the military, is going to distribute the vaccine.”

Trump has been using variations of this line for months—as far back as May, he was talking about “mobilizing” the military for vaccine distribution—but his own medical and military officials say it’s simply not true. Once a vaccine is developed, it will be handled the same way as any other: distributed by pharmaceutical companies through doctors’ offices and pharmacies.

“Our best military assessment is that there is sufficient U.S. commercial transportation capacity to fully support vaccine distribution,” Department of Defense (DOD) spokesman Charles Pritchard told American Shipper, a logistics industry publication, last month. “There should be no need for a large commitment of DOD units or personnel to support the nationwide distribution of vaccines.”

“For the overwhelming majority of Americans,” Paul Mango of the Department of Health and Human Services told The New York Times, “there will be no federal official who touches any of this vaccine before it’s injected into Americans.”

In July, McClatchy reported that the military commands responsible for homeland defense and the National Guard have not even been asked to prepare a plan for the distribution of a coronavirus vaccine.

In any case, Trump’s focus on distributing the vaccine is a bit premature. The CEOs of pharmaceutical companies Moderna and Pfizer have claimed that their COVID-19 vaccines may be ready by the end of this year or in early 2021, but Centers for Disease Control and Prevention chief Robert Redfield has warned that there may not be a vaccine widely available until “late second quarter, third quarter 2021.”

It’s true that some military resources are involved in Operation Warp Speed, the public-private partnership that aims to invent, produce, and deliver 300 million doses of a coronavirus vaccine by January 2021. But once a vaccine is developed, any military involvement, according to Pritchard, would likely be just “to deliver vaccines to a remote location only if no other means of transportation is feasible.”

Unless you’re really committed to social distancing—living in an isolated shack in the middle of Alaska, perhaps—your COVID-19 vaccine will probably be distributed just like your flu shot: through your local doctor’s office or pharmacy.