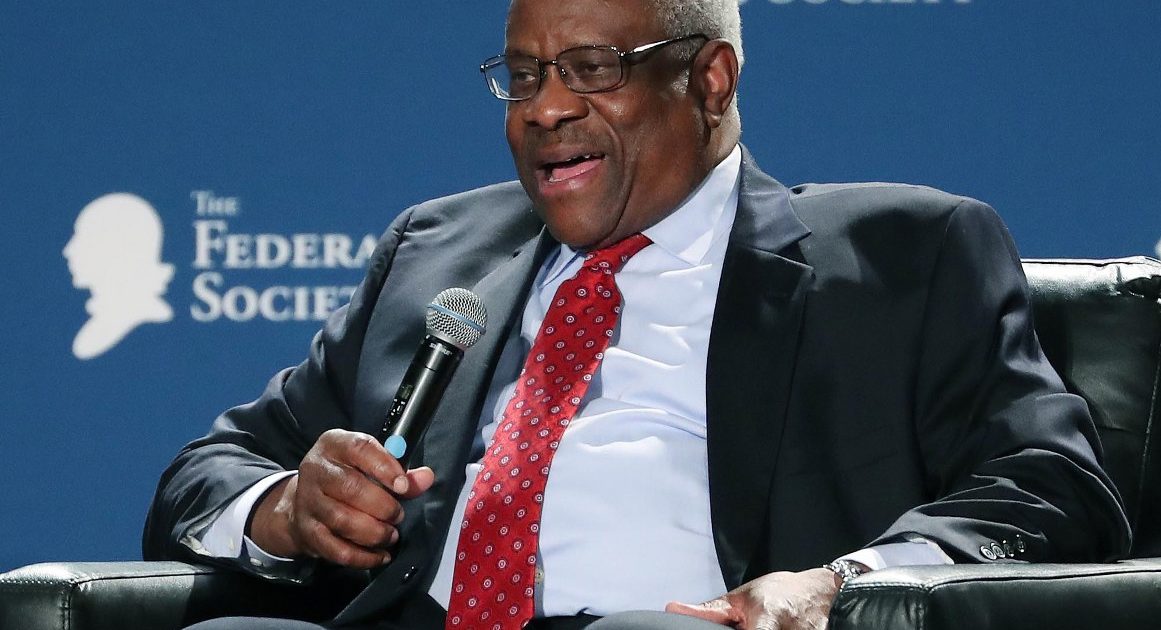 Kim Davis, the former Kentucky County Clerk who made national news for refusing to issue marriage licenses to same-sex couples, is briefly back in the news today because the Supreme Court declined to hear her case. Despite that refusal, some observers are concerned that the Court might overturn the decision that made gay marriage the law of the land, a fear fed partly by some comments by Justices Clarence Thomas and Samuel Alito and partly by the nomination of Catholic conservative Amy Coney Barrett to the bench.

Kim Davis v. David Ermold is not, on the surface, about gay marriage recognition itself. It’s about qualified immunity, the legal principle that often shields government workers from personal civil liability when their behavior violates citizens’ rights. Davis faces civil lawsuits over her refusal to issue marriage licenses. She attempted to argue that she was covered by qualified immunity, even though the Supreme Court had ruled in Obergefell v. Hodges, that states must recognize and permit same-sex marriages. The U.S. Court of Appeals for the Sixth District rejected this argument, meaning she could be personally sued and held liable in civil court for violating the rights of those whose marriages she refused to license.

Davis asked the U.S. Supreme Court to weigh in, and today it declined to hear her case. When the Supreme Court rejects a case, there is often no statement or explanation, but sometimes those who dissent from the majority decision will write separately to explain why they think the court should have heard the case. Today’s orders include a response written by Thomas and joined by Alito. But they are not dissenting from the court’s refusal to hear the Davis case. They agree with the majority decision to decline.

Thomas and Alito contend that the Court has still not properly dealt with the religious liberties of those who object to the legal recognition of same-sex marriage. “If the States had been allowed to resolve this question through legislation, they could have included accommodations for those who hold these religious beliefs,” Thomas writes. He argues that the Obergefell decision cut off the opportunity for Kentucky to craft legislation that might have given both sides what they want—a way for same-sex couples to get their marriage licenses without religious objectors being forced to give their stamps of approval.

As a consequence to the Obergefell ruling, Thomas writes, “Obergefell enables courts and governments to brand religious adherents who believe that marriage is between one man and one woman as bigots, making their religious liberty concerns that much easier to dismiss. For example, relying on Obergefell, one member of the Sixth Circuit panel in this case described Davis’ sincerely held religious beliefs as ‘anti-homosexual animus.’ In other words, Obergefell was read to suggest that being a public official with traditional Christian values was legally tantamount to invidious discrimination toward homosexuals….Since Obergefell, parties have continually attempted to label people of good will as bigots merely for refusing to alter their religious beliefs in the wake of prevailing orthodoxy.”

Thomas and Alito argue that Obergefell has enshrined the idea that objection to legally recognized same-sex marriage is no longer a valid religious belief and is also an indicator that the person expressing belief must hold a host of antigay positions. They conclude that by “choosing to privilege a novel constitutional right over the religious liberty interests explicitly protected in the First Amendment, and by doing so undemocratically, the Court has created a problem that only it can fix. Until then, Obergefell will continue to have ‘ruinous consequences for religious liberty.'”

It’s clear that Thomas and Alito want the Court to reconsider Obergefell, but it’s not entirely clear that they think there’s any actual chance the court would strike the whole thing down. They obviously would be happy if the decision were reversed, but their response is fundamentally a call for the Supreme Court to deal with the complicated issues of religious liberty that the ruling raised.

And the full court knows these issues exist. The Masterpiece Cakeshop ruling favored baker Jack Phillips’ refusal to bake a gay wedding cake because the Colorado Civil Rights Commission showed clear animosity toward Jack Phillips’ religious beliefs and was not the neutral arbiter it was supposed to be. In this summer’s Bostock ruling, which bans workplace discrimination against gay and trans people, Justice Neil Gorsuch—writing for the majority—acknowledged concerns that the ruling could affect religious freedoms and added that “how these doctrines protecting religious liberty interact with [the Civil Rights Act of 1964] are questions for future cases.” And the Supreme Court will, in fact, be hearing arguments in November about whether a municipality can refuse to contract services with an adoption or foster care agency if it declines to places children with same-sex couples due to religious objections.

Meanwhile, the fact that no one but Alito signed onto Thomas’ statement should be seen as evidence that there isn’t much interest in overturning Obergefell. And the Bostock ruling is an even stronger indicator. Given that Bostock says it violates the Civil Rights Act to discriminate against an individual for being gay or transgender, it’s hard to imagine how the Court could then restore a ban on same-sex marriage recognition. Not unless it overturned both precedents.

But we have a Supreme Court opening and President Donald Trump has nominated Barrett to the seat. Many observers insist that Barrett is going to roll back LGBT rights, mostly on the grounds that she is a Catholic and has spoken before the Alliance Defending Freedom (ADF), a religious legal foundation that frequently fights against LGBT legal protections.

Similar objections were raised about Gorsuch back in 2017: People saw his support of Hobby Lobby in the fight over whether the company could be forced to fund birth control, and they somehow concluded from this that he was hostile toward LGBT issues. He went on, of course, to author the 6–3 Bostock decision in June. Barrett might end up surprising people too. And if not, three justices is still pretty far from a majority.