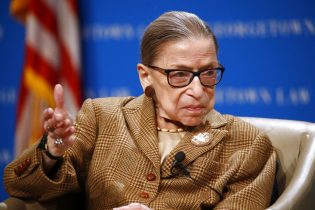 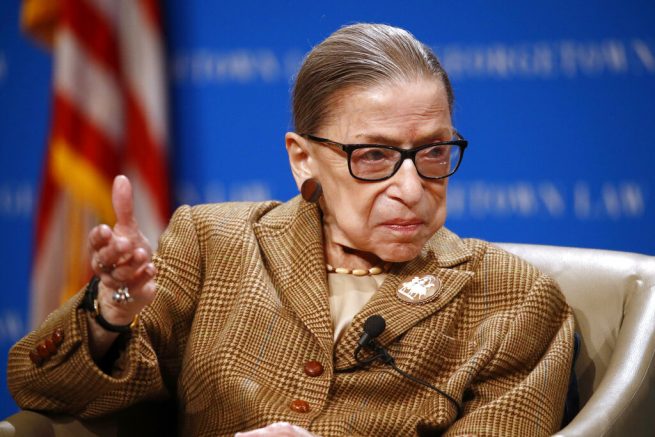 FILE – In this Feb. 10, 2020, file photo U.S. Supreme Court Associate Justice Ruth Bader Ginsburg speaks during a discussion on the 100th anniversary of the ratification of the 19th Amendment at Georgetown University Law Center in Washington. (AP Photo/Patrick Semansky, File)

On Friday, Supreme Court Justice Ruth Bader Ginsburg confirmed she is undergoing chemotherapy to treat a recurrence of cancer.

Ginsburg reportedly began receiving biweekly chemotherapy in May. According to her medical team, the treatments are “yielding positive results.”

The justice was admitted to Johns Hopkins Hospital for an endoscopic procedure earlier in the week after suffering a fever and chills. Ginsburg noted that hospital visit was “unrelated” to her cancer treatments.

In a statement, she said, just as she has in the past, that she vows to stay on the bench.

“Well, I used to have an answer that worked for a lot of years, it was Justice (Louis) Brandeis. When he was appointed, he was the same age as I was, 60. He stayed for 23 years, so I expect to stay at least as long.” – Justice Ruth Bader Ginsburg, United States Supreme Court

NEW: Supreme Court Justice Ruth Bader Ginsburg says she is undergoing treatment for "recurrence of cancer”, has no plans to leave the Court. pic.twitter.com/HGfAMV3m7e

The justice’s health has been a topic of recent discussion on both sides of the political aisle. If she retires before the end of President Trump’s first term, the president will have an opportunity to put another conservative justice on the high court.