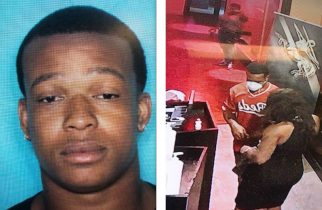 Authorities have asked the public for assistance in finding the suspect of a deadly bar shooting in Mississippi. The shooting, which took place in Jackson late Friday night, left one dead and several injured.
An altercation between the suspect and victims ended when the suspect pulled out a pistol and fired multiple shots.

The deceased victim has been identified as 41-year-old Cortez Shelby. The three injured victims were taken to the hospital with non-life threatening wounds.

In the meantime, authorities have been working to determine a motive for the shooting.

“We don’t know at this time, again, if the deceased victim was that target of the altercation,” stated Captain Tyree Jones “What I can tell you is that the deceased victim did not have a weapon, he did not pose type of threat, according to the information we have right now.”

Following the altercation, the suspect was seen fleeing the bar in a red Mustang. Authorities are actively investigating the situation.